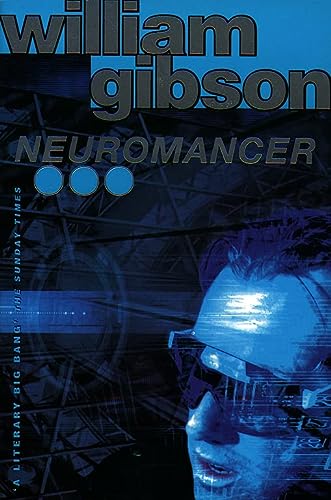 Here is the novel that started it all, launching the cyberpunk generation, and the first novel to win the holy trinity of science fiction: the Hugo Award, the Nebula Award and the Philip K. Dick Award. With Neuromancer, William Gibson introduced the world to cyberspace--and science fiction has never been the same.

Case was the hottest computer cowboy cruising the information superhighway--jacking his consciousness into cyberspace, soaring through tactile lattices of data and logic, rustling encoded secrets for anyone with the money to buy his skills. Then he double-crossed the wrong people, who caught up with him in a big way--and burned the talent out of his brain, micron by micron. Banished from cyberspace, trapped in the meat of his physical body, Case courted death in the high-tech underworld. Until a shadowy conspiracy offered him a second chance--and a cure--for a price....