Items related to The Round House: A Novel

Erdrich, Louise The Round House: A Novel

The Round House: A Novel 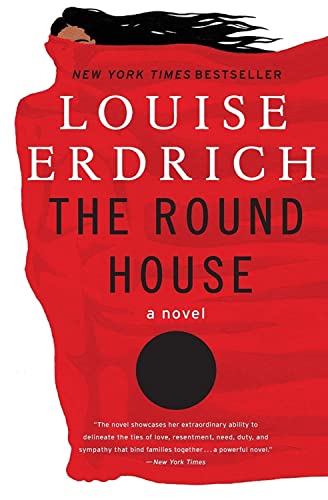 The Round House won the National Book Award for fiction.

One of the most revered novelists of our time—a brilliant chronicler of Native-American life—Louise Erdrich returns to the territory of her bestselling, Pulitzer Prize finalist The Plague of Doves with The Round House, transporting readers to the Ojibwe reservation in North Dakota. It is an exquisitely told story of a boy on the cusp of manhood who seeks justice and understanding in the wake of a terrible crime that upends and forever transforms his family.

Riveting and suspenseful, arguably the most accessible novel to date from the creator of Love Medicine, The Beet Queen, and The Bingo Palace, Erdrich’s The Round House is a page-turning masterpiece of literary fiction—at once a powerful coming-of-age story, a mystery, and a tender, moving novel of family, history, and culture.

Likely to be dubbed the Native American To Kill a Mockingbird, Louise Erdrich’s moving, complex, and surprisingly uplifting new novel tells of a boy’s coming of age in the wake of a brutal, racist attack on his mother. Drawn from real-life statistics about racially inspired attacks on our country’s reservations, this tale is forceful but never preachy, thanks in large part to Erdrich’s understated but glorious prose and her apparent belief in the redemptive power of storytelling. --Sara Nelson

One Sunday in the spring of 1988, a woman living on a reservation in North Dakota is attacked. The details of the crime are slow to surface because Geraldine Coutts is traumatized and reluctant to relive or reveal what happened, either to the police or to her husband, Bazil, and thirteen-year-old son, Joe. In one day, Joe's life is irrevocably transformed. He tries to heal his mother, but she will not leave her bed and slips into an abyss of solitude. Increasingly alone, Joe finds himself thrust prematurely into an adult world for which he is ill prepared.

While his father, a tribal judge, endeavors to wrest justice from a situation that defies his efforts, Joe becomes frustrated with the official investigation and sets out with his trusted friends, Cappy, Zack, and Angus, to get some answers of his own. Their quest takes them first to the Round House, a sacred space and place of worship for the Ojibwe. And this is only the beginning.

2. The Round House: A Novel

3. The Round House: A Novel

4. The Round House: A Novel

5. The Round House (Paperback or Softback)

6. The Round House: A Novel

7. The Round House: A Novel

8. The Round House: A Novel

9. The Round House: A Novel