Items related to The Hills of Africa

Ernest Hemingway The Hills of Africa

The Hills of Africa 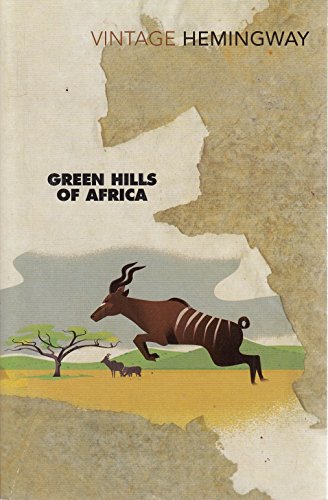 This is Ernest Hemingway's lyrical journal of a month on safari in the great game country of East Africa, where he and his wife Pauline journeyed in December 1933. Hemingway's well-known fascination with big game hunting is magnificently captured in this evocative account-an examination of the lure of the hunt and an impassioned portrait of the glory of the African landscape and of the beauty of a wilderness that was, even then, being threatened by the incursions of man. Writing in a terse, stripped-down style, first as a reporter and then a novelist, Hemingway was an enormously influential author from the 1920s through the 50s, and won both the Pulitzer and Nobel Prizes. J.D. Salinger, Hunter S. Thompson, Charles Bukowski, and Jack Kerouac all acknowledged their indebtedness to him, as did non-authors like artist Edward Hopper, whose Nighthawks at the Diner was inspired in part by Hemingway's short stories.

GREEN HILLS OF AFRICA. By Ernest Hemingway. With illustrations by Edward Shenton.

Book Description Paperback. Condition: New. ALL ITEMS ARE DISPATCHED FROM THE UK WITHIN 24 HOURS ( BOOKS ORDERED OVER THE WEEKEND DISPATCHED ON MONDAY) ALL OVERSEAS ORDERS SENT BY AIR MAIL. WE ALSO ACCEPT PAYMENT IN US DOLLARS OR EURO BY BANK TRANSFER. IF YOU ARE LOCATED OUTSIDE THE UK PLEASE ASK US FOR A POSTAGE QUOTE FOR MULTI VOLUME SETS BEFORE ORDERING. Seller Inventory # mon0000565269