Items related to Capital: Volume 1: A Critique of Political Economy... 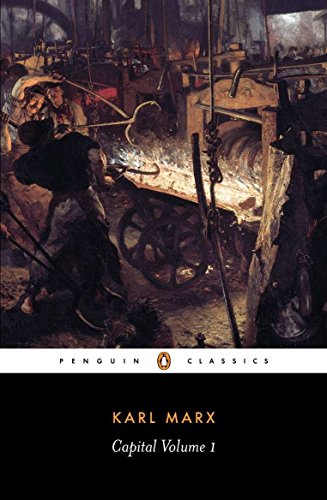 The first volume of a political treatise that changed the world

One of the most notorious works of modern times, as well as one of the most influential, Capital is an incisive critique of private property and the social relations it generates. Living in exile in England, where this work was largely written, Marx drew on a wide-ranging knowledge of its society to support his analysis and create fresh insights. Arguing that capitalism would cause an ever-increasing division in wealth and welfare, he predicted its abolition and replacement by a system with common ownership of the means of production. Capital rapidly acquired readership among the leaders of social democratic parties, particularly in Russia in Germany, and ultimately throughout the world, to become a work described by Marx friend and collaborator Friedrich Engels as “the Bible of the working class.”

'Capital, ' one of Marx's major and most influential works, was the product of thirty years' close study of the capitalist mode of production in England, the most advanced industrial society of his day. This new translation of Volume One, the only volume to be completed and edited by Marx himself, avoids some of the mistakes that marred earlier versions and seeks to do justice to the literary qualities of the work. The introduction is by Ernest Mandel, author of 'Late Capitalism', one of the only comprehensive attempts to develop the theoretical legacy of 'Capital'.

Karl Marx was born in 1818 in Trier, Germany and studied in Bonn and Berlin. Influenced by Hegel, he later reacted against idealist philosophy and began to develop his own theory of historical materialism. He related the state of society to its economic foundations and mode of production, and recommended armed revolution on the part of the proletariat. Together with Engels, who he met in Paris, he wrote the Manifesto of the Communist Party. He lived in England as a refugee until his death in 1888, after participating in an unsuccessful revolution in Germany. Ernst Mandel was a member of the Belgian TUV from 1954 to 1963 and was chosen for the annual Alfred Marshall Lectures by Cambridge University in 1978. He died in 1995 and the Guardian described him as 'one of the most creative and independent-minded revolutionary Marxist thinkers of the post-war world.'

Capital: Volume 1: A Critique of Political Economy (Paperback or Softback)