Items related to Helen of Troy 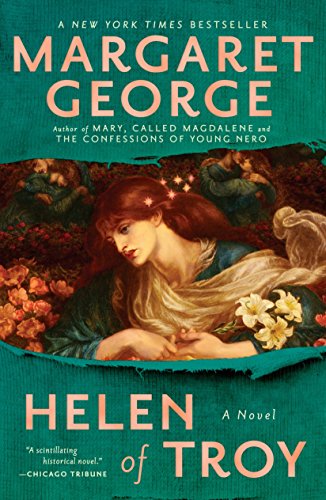 The Trojan War, fought nearly twelve hundred years before the birth of Christ, and recounted in Homer's Iliad, continues to haunt us because of its origins: one woman's beauty, a visiting prince's passion, and a love that ended in tragedy.

Laden with doom, yet surprising in its moments of innocence and beauty, Helen of Troy is an exquisite page-turner with a cast of irresistible, legendary characters—Odysseus, Hector, Achilles, Menelaus, Priam, Clytemnestra, Agamemnon, as well as Helen and Paris themselves. With a wealth of material that reproduces the Age of Bronze in all its glory, it brings to life a war that we have all learned about but never before experienced.

"An impressive feat of research and historical imagination. It's no mean trick to resurrect not only ancient Attic politics and lifestyles, but the atmosphere of a time in which the gods truly spoke."
-Diana Gabaldon

Margaret George is the New York Times bestselling author of eight novels of biographical historical fiction, including The Splendor Before the Dark, The Confessions of Young Nero; Elizabeth I; Helen of Troy; Mary, Called Magdalene; The Memoirs of Cleopatra; Mary Queen of Scotland and the Isles; and The Autobiography of Henry VIII. She also has coauthored a children’s book, Lucille Lost.