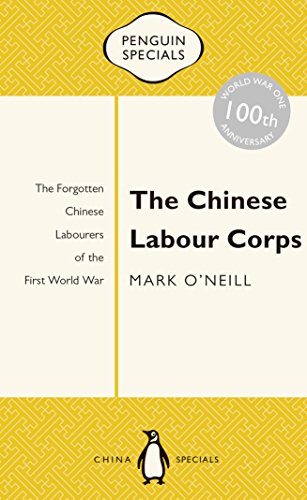 As the young men of Europe were fighting in the trenches, a little known contingent of Chinese laborers crossed the world to provide support vital to the Allied war effort. Largely illiterate farmers from northern China, these men were simply attempting to make a better life for themselves, ignorant of the war and its causes. Under brutal conditions many died for their efforts, and their involvement wasn't recognized for decades—it is still not widely known. This book brings their story to light, describing in detail the laborers' recruitment, their daily experiences in a foreign land and the horrific work they carried out, including the clearing of remains from battlefields.

About the Author:
Mark O'Neill has been a journalist in Asia since 1978, working for Reuters and the South China Morning Post. His books include Tzu Chi: Serving with Compassion.