Items related to When God Was a Woman

Stone, Merlin When God Was a Woman

When God Was a Woman 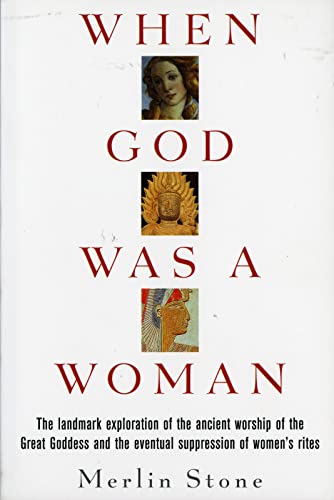 Here, archaeologically documented,is the story of the religion of the Goddess. Under her, women’s roles were far more prominent than in patriarchal Judeo-Christian cultures. Stone describes this ancient system and, with its disintegration, the decline in women’s status. Index; maps and illustrations.

Merlin Stone, a teacher of art and art history as well as a widely exhibited sculptor, became interested in archaeology and ancient religion through her art. She has produced pieces on the Goddess for both radio and the stage, and conceived and organized Goddess festivals in both New York and Toronto.

1. When God Was a Woman Format: Paperback