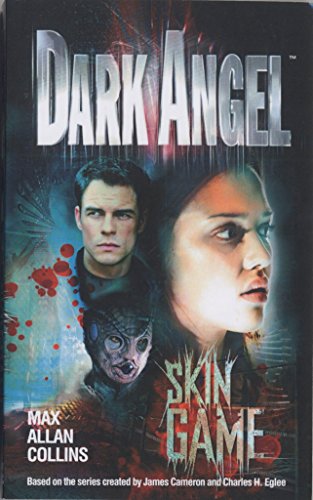 The saga of Dark Angel continues!

Someone is killing normal humans in the fog-enshrouded city of Seattle. The murders are brutal and grisly, but inside Terminal City they barely cause a ripple of concern. The transgenics who live there have problems of their own. In an area under siege by the oppressive arm of the police, the transgenics must protect their fledgling colony against the outside world—a world that eyes them with contempt and suspicion . . . and will do anything to be rid of them.

As the killings escalate, Joshua comes to Max with a dire suspicion: the killer may be one of their own. Tensions are high between normal humans and transgenics, and many inside the protected City would just as soon let the humans fend for themselves. Yet Max and her inner circle know they must investigate the crimes and stop the bloodshed. Doing nothing would simply give the normals more reasons to hate.

But what they discover will shock even the most jaded among them—and expose a sinister agenda that leads to an old, nefarious foe. . . .

He scripted the internationally syndicated comic strip Dick Tracy from 1977 to 1993 and has written the Batman comic book and newspaper strip. His graphic novel, Road to Perdition, has been made into a DreamWorks feature film starring Tom Hanks and Paul Newman, directed by Sam Mendes.

Collins lives in Muscatine, Iowa, with his wife, writer Barbara Collins, and their teenage son, Nathan.

Like a relentless boxer, rain beat down on the city, first
jabbing with sharp needles, then smacking Seattle with huge
fat drops that hit like haymakers, the barrage punctuated by
the ominous rumble of thunder and the eerie flash of lightning.

An unmarked black car drew to a stop in a rat-infested
Sector Three alley, the rain rattling the metal roof like
machine-gun fire. Two men in dark suits climbed out, to be
instantly drenched, though neither seemed to notice. Each
wore a radio earplug with a short microphone bent toward
his mouth.

Sage Thompson--the man who'd emerged from the passenger's
side--was relieved that the headsets, at least,
seemed to be waterproof. In their coat pockets, each man
carried one of the new portable thermal imagers that, just
this week, had become standard equipment. Thompson--
barely six feet, almost skinny at 180 pounds--wondered if
water-tightness was among the gizmo's various high-tech
bells and whistles.

Water sluiced down the alley in a torrent that seemed to
express the sky's anger, eventually bubbling over the edge of
a rusty grate maybe ten yards in front of them. Thompson
was forced to jump the stream and his feet nearly slid out
from under him as he landed and bumped into a triangle of
garbage cans, sending them crashing into each other, creating
a din that rivaled the storm's, his hands flying wide to
help maintain his balance. Then his hands dropped back to
his sides, the one holding his flashlight clanging off the imager
in his coat pocket, the other moving to make sure his
pistol was still secure in its holster on his belt.

The hefty man who'd been driving--Cal Hankins--shone
his flashlight in Thompson's face, huffed once, and eased
around a dumpster that looked like it hadn't been emptied
since before the Pulse. Moving slowly ahead, their flashlights
sweeping back and forth over the brick hulk in front
of them, the two men finally halted in front of what had once
been a mullioned window.

The interior of the six-story brick building--an abandoned
warehouse, Thompson surmised--seemed a black
hole waiting to devour them without so much as a belch.
Next to Thompson, his partner Hankins swept a flashlight
through one of the broken panes, painting the rainy night
with slow, even strokes. Darkness surrendered only brief
glimpses of the huge first-floor room as it swallowed up the
light.

"You sure this is the right place?" Hankins asked gruffly.

There was no fear in the man's voice--Thompson sensed
only that his partner didn't want his time wasted. At forty,
bucket-headed Hankins--the senior partner of the duo--
wore his blondish hair in a short brush cut that revealed only
a wisp or two of gray. His head rested squarely on his shoulders,
without apparent benefit of a neck, and he stood nearly
six-three, weighing in (Thompson estimated) at over 230.
But the man wasn't merely fat--there was enough gristle
and muscle and bone in there to make Hankins formidable.

Still, Thompson knew their boss--that nasty company
man, Ames White, a conscienceless yuppie prick if there
ever was one--had been all over Hankins about his weight
and rode the older guy mercilessly about it. Though he knew
better than to ever say it out loud, Thompson considered
White the worst boss in his experience--which was saying
something.

White was smart, no doubting that, but he had a sarcastic
tongue and a whiplash temper that Thompson had witnessed
enough times to know he should keep his mouth shut and his
head low.

"This is the right place, all right," Thompson said, raising
his voice over the battering rain. "Dispatch said the thermal
imager team picked up a transgenic in the market in
Sector Four."

"This is Sector Three."

"Yeah--they followed him here before they lost him."

Hankins shook his head in disgust. "Then why the fuck
ain't they lookin' for him, then? What makes us the clean-up
crew for their sorry asses?"

These questions were rhetorical, Thompson knew, though
they did have answers, the same answer in fact: Ames White.

And Hankins spent much of his time bitching about
White, behind the boss's back, of course. But they both
knew it was only a matter of time before White found a way
to get rid of Hankins ...

. . . and then Thompson would have to break in a new
partner, possibly one even younger than himself. Then he
would be the old-timer. The thought made him cringe.

Not exactly a kid at twenty-seven, Thompson was the antithesis
of Hankins: the younger man seemed like a long-neck
bottle standing next to the pop-top beer can that was
his partner. Married to his college sweetheart, Melanie, and
with a new baby daughter, Thompson was the antithesis of
Hankins in terms of home life, as well: the gristled bulldog
had been divorced twice and had three or four kids he never
saw and didn't really seem to give a damn about.