Items related to The Norton Anthology of English Literature

The Norton Anthology of English Literature

The Norton Anthology of English Literature 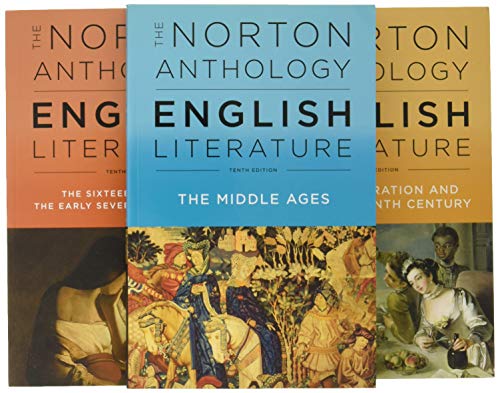 A responsive, refreshed, and media-rich revision of the best-selling anthology in the field

The most trusted anthology for complete works and helpful editorial apparatus. The Tenth Edition supports survey and period courses with NEW complete major works, NEW contemporary writers, and dynamic and easy-to-access digital resources. NEW video modules help introduce students to literature in multiple exciting ways. These innovations make the Norton an even better teaching tool for instructors and, as ever, an unmatched value for students.

1. The Norton Anthology of English Literature

9. The Norton Anthology of English Literature - 3 volume set: A B & C: Package

Shipping: US$ 21.13
From United Kingdom to U.S.A.
Destination, rates & speeds