Items related to The Norton Anthology of Western Music (Volume 1) 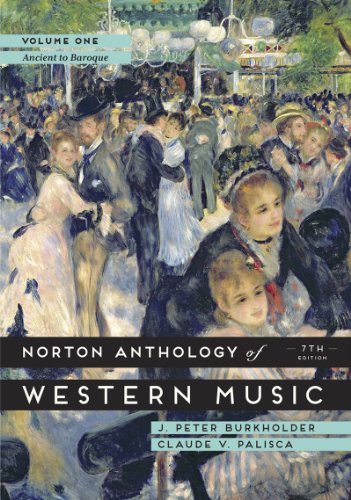 A comprehensive collection of 220 works from antiquity to the present.

Claude V. Palisca, late professor of music at Yale University, began his collaboration on A History of Western Music with the Third Edition. Among his many publications are a history of Baroque music and a collection of scholarly essays on Italian Renaissance music.