Items related to The Eyes of Darkness

Koontz, Dean The Eyes of Darkness 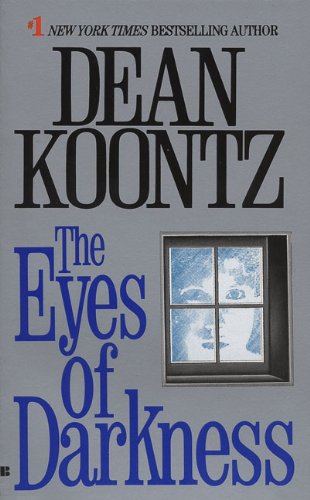 One year after her little boy Danny dies, his mother swears that she sees him in a stranger's car, and becoming obsessed with the mystery, she journeys to Las Vegas and the High Sierras in search of the truth. Reissue.

Dean Koontz was born in Everett, Pennsylvania, and grew up in nearby Bedford. He won an Atlantic Monthly fiction competition when he was twenty and has been writing ever since. Mr. Koontz's books are published in 38 languages. Worldwide sales total more than 175 million copies, a figure that currently increases at a rate of more than 350 million copies a year. Dean and his wife, Gerda, live in southern California.

“Koontz puts his readers through the emotional wringer!”—Associated Press

“Dean Koontz is a prose stylist whose lyricism heightens malevolence and tension. [He creates] characters of unusual richness and depth.”—The Seattle Times

“In every industry there exist ‘artists’ that are not only unforgettable, but know their craft better than the rest. Dean Koontz...is among these artisans.”—Suspense Magazine

“[Koontz] has always had near-Dickensian powers of description, and an ability to yank us from one page to the next that few novelists can match.”—Los Angeles Times

“Perhaps more than any other author, Koontz writes fiction perfectly suited to the mood of America...novels that acknowledge the reality and tenacity of evil but also the power of good...[and that] entertain vastly as they uplift.”—Publishers Weekly