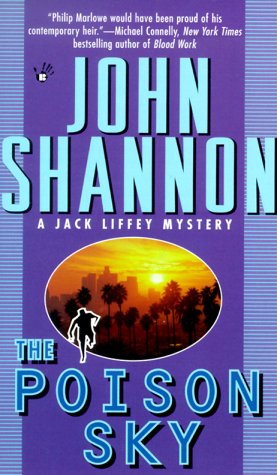 Hired to track down a runaway teenager, private investigator Jack Liffey must penetrate a secretive cult to bring the boy back, but his efforts uncover a deadly plot that could destroy most of Los Angeles. Original.

Penzler Pick, July 2000: Writers who come armed with praise from three of my favorite authors (Michael Connelly, Kent Anderson, and James Crumley) demand attention. The good news is that John Shannon lives up to his advance billing and deserves to find a devoted audience for his vividly intelligent, highly satisfying paperback originals. Shannon, with his hero Jack Liffey, a knight errant cruising the L.A. freeways and frequenting the less glamorous suburbs, is squarely in the lineage of Raymond Chandler, the man responsible for the most perfect description of the modern urban freelance crime solver, in the memorable essay "The Simple Art of Murder," published 56 years ago. He would recognize Jack Liffey's decency, stubbornness, and sense of humor. He would also find familiarity with this character's economic status. Said the creator of Philip Marlowe, "The detective in this kind of story ... is a relatively poor man, or he would not be a detective at all."

Jack is actually on his second career. Identifying himself as a "finder of missing children," he came to this calling after losing his job in the aerospace industry. On this case, the kid he's been hired to locate (whose dad is out of work, too) is a teenager who's apparently fallen prey to a secretive religious cult. Or so his mother fears. But, as Jack rather quickly discovers, the truth regarding Jimmy Mardesich is a lot stranger than he bargained for.

Meanwhile, who are the thugs with the peculiar sense of humor who've been stopping by Jack's condo and menacing both Jack and his girlfriend Marlena? They manage to be pretty scary, relying simply on such household staples as deodorant and shaving cream. And what is that toxic cloud streaming across Los Angeles, emanating from the chemical holding tank known respectfully as "Big Bertha?"

Don't be surprised if there's a happy ending. In the author's own words, the Mardesiches, with young Jimmy home again and attending community college, are yet "another family saved from the brink of doom by the timely intervention of Jack Liffey, always standing at moral attention over the world. Wire Balladin, Culver City." It is difficult to strike a balance between humor and homicide, delivering the right amount of mayhem and staying on message when it comes to the things that really count. Elmore Leonard, for one, is a genius at it. But John Shannon, a new guy on the mystery block (his earlier Liffey titles are Concrete River and Cracked Earth), is doing a fine job, and Jack already seems like an old friend. --Otto Penzler

Book Description Condition: New. P.I. Jack Liffey is hired to find a runaway teen living with a group of spiritualists who harbor a sinister secret a secret with the potential to wipe out Los Angeles. Seller Inventory # 9780425174241