Items related to The Last Man 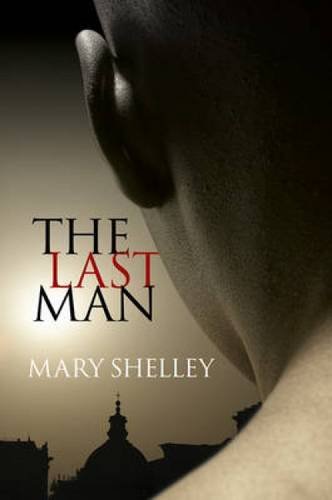 From the author of Frankenstein comes this apocalyptic tale of a world devastated by plague. Mary Shelley's 1826 roman ŕ clef takes place in the late twenty-first century, as England's last king abdicates and a charmed circle of idealistic political reformers plunges into a maelstrom of war, pestilence, and anarchy.
Shelley wrote this gripping novel after the untimely deaths of her husband, Percy Bysshe Shelley, and their comrade, Lord Byron. She modeled a pair of characters on the charismatic poets and based the narrator — the sole survivor of a pandemic — on her own persona. This parable of humanity's destruction by plague is widely regarded as a repudiation of Romanticism and its failure to solve the world's problems through art and philosophy. It reflects the ways utopian ideals, unchecked by moral and ethical standards, can shatter society.
Misunderstood by nineteenth-century readers, Shelley's visionary novel disappeared for over a century, only to reemerge to critical acclaim as a precursor of science fiction and a forerunner of modern apocalyptic tales. Novelist Muriel Spark hailed it as the harbinger of "an entirely new genre, compounded of the domestic romance, the Gothic extravaganza, and the sociological novel," and pronounced it Shelley's "most interesting, if not her consummate work."

Mary Shelley’s third published novel, The Last Man, is a disillusioned vision of the end of civilization, set in the twenty-first century. The book offers a sweeping account of war, plague, love, and desolation. It is the sort of apocalyptic vision that was widespread at the time, though Shelley’s treatment of the theme goes beyond the conventional; it is extraordinarily interesting and deeply moving.

If The Last Man is in some sense a “conventional” text of the period, it is also intensely personal in its origin; Shelley refers in her journal to the last man as her alter ego, “the last relic of a beloved race, my companions extinct before me.” The novel thus develops out of and contributes to a network of story and idea in which fantasy, allusion, convention, and autobiography are densely interwoven.

This new version of the first edition (1826) sets out to provide not only a thoroughly annotated text, but also contextual materials to help the reader acquire knowledge of the intellectual and literary milieu out of which the novel emerged. Appendices include material on “the last man” as early nineteenth-century hero, texts from the debate initiated by Malthus in 1798 about the adequacy of food supply to sustain human population, various accounts of outbreaks of plague, and Shelley’s poems representing her feelings after the death of her husband.

Daughter of political philosopher William Godwin and feminist Mary Wollstonecraft, Mary Shelley edited the works of her husband, Romantic poet Percy Bysshe Shelley, and is best known as the author of Frankenstein.

Book Description Soft cover. Condition: New. No Jacket. An apocalyptic tale ofa world devastated by plague in the 21st Century. England's last king abdicates and a circle of idealistic political reformes plunge the world into war, pestilence and chaos. Written in 1826, this is a current re-issue of a visionary novel. Seller Inventory # 016991