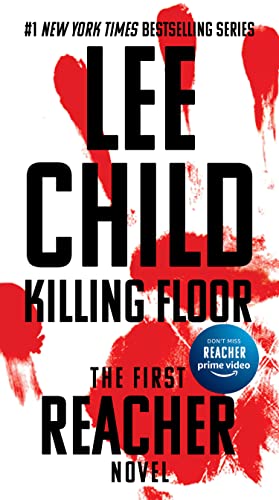 Ex-military policeman Jack Reacher is a drifter. He’s just passing through Margrave, Georgia, and in less than an hour, he’s arrested for murder. Not much of a welcome. All Reacher knows is that he didn’t kill anybody. At least not here. Not lately. But he doesn’t stand a chance of convincing anyone. Not in Margrave, Georgia. Not a chance in hell.

When Jack Reacher suddenly decides to ask a Greyhound bus driver to let him off near the town of Margrave, Georgia, he thinks it's because his brother once mentioned that the famed blues guitarist Blind Blake died there. But it doesn't take long for the footloose ex-military policeman to discover that there are plenty of strange--and very dangerous--things going on behind Margrave's manicured lawns and clean streets that demand his attention. This first thriller by a former television writer features some of the best-written scenes of action in recent memory, a crash course in currency and counterfeiting, and a hero who is just begging to be called on for an encore.