Items related to In Too Deep (The 39 Clues, Book 6) - Library Edition 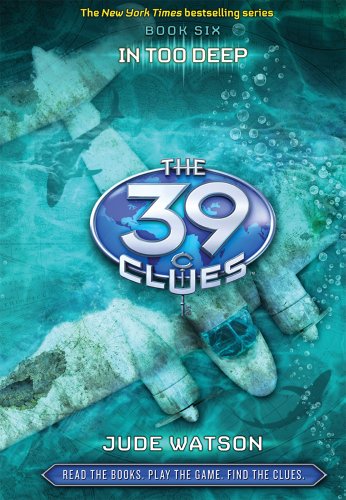 Fourteen-year-old Amy Cahill and her younger brother, Dan, head to the Land Down Under to discover what their own mother and father knew about the hunt for the 39 Clues. But following in their parents' footsteps brings up lost memories for Amy so awful that she can't share them . . . even with Dan. Haunted by the ghosts of their past, chased by deadly competitors, Dan and Amy can't see who is an enemy and who is a friend. Their blindness leads to a terrible mistake . . and the death of a hidden ally.

In the sixth volume of the 39 Clues series, Amy and Dan fly to Australia. Attempting to trace their late parents’ journey eight years earlier, they link Amelia Earhart’s last flight to their own family quest. While Amy deals with increasingly intense memory flashbacks related to her parents’ deaths, she and Dan must cope with ravenous sharks, poisonous spiders, and their rivals’ fiendish schemes. The spy-versus-spy mentality will keep readers guessing as they try to separate deception from reality. Although the complex backstory looms large, the series’ fans will devour the breathless action scenes in this fast-paced adventure. Grades 4-7. --Carolyn Phelan