Items related to The Dark Half

King, Stephen The Dark Half 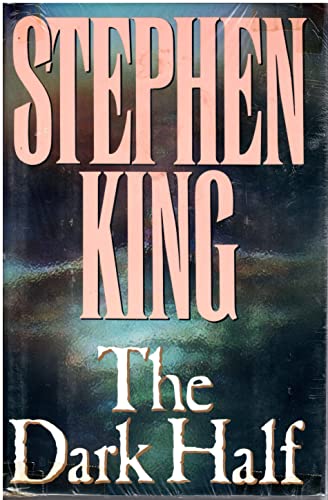 Now, King didn't want to jettison the Bachman novel, titled Machine Dreams, that was he working on. So he incorporated it in The Dark Half as the crime oeuvre of George Stark, whose recurring hero/alter ego is an evil character named Alexis Machine.

Thad Beaumont's pseudonym is not so docile as Stephen King's, though, and George Stark bursts forth into reality. At that point, two stories kick into gear: a mystery-detective story about the crime spree of George Stark (or is it Alexis Machine?) and a horror story about Beaumont's struggle to catch up with his doppelganger and kill him dead.

Stephen King is the author of more than fifty books, all of them worldwide bestsellers. His recent work includes The Bill Hodges Trilogy—Mr. Mercedes (an Edgar Award winner for Best Novel), Finders Keepers, and End of Watch—and the story collection The Bazaar of Bad Dreams. His epic series, The Dark Tower, is the basis for a major motion picture starring Idris Elba and Matthew McConaughey. It is also now a major motion picture starring Bill Skarsgĺrd. King is the recipient of the 2014 National Medal of Arts and the 2003 National Book Foundation Medal for Distinguished Contribution to American Letters. He lives in Bangor, Maine, with his wife, novelist Tabitha King.