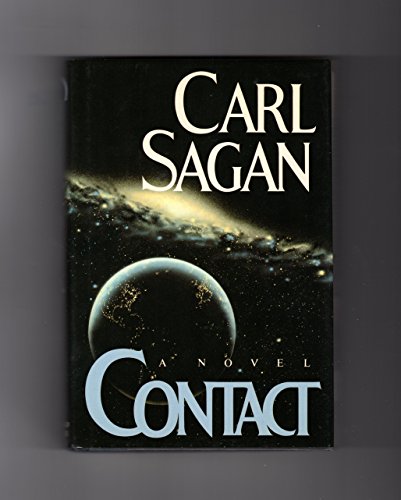 Astrophysicist Dr. Rebecca Blake deciphers a message from outer space and finds that the message contains directions for the construction of a complicated machine

It is December 1999, the dawn of the millennium, and a team of international scientists is poised for the most fantastic adventure in human history. After years of scanning the galaxy for signs of somebody or something else, this team believes they've found a message from an intelligent source--and they travel deep into space to meet it. Pulitzer Prize winner Carl Sagan injects Contact, his prophetic adventure story, with scientific details that make it utterly believable. It is a Cold War era novel that parlays the nuclear paranoia of the time into exquisitely wrought tension among the various countries involved. Sagan meditates on science, religion, and government--the elements that define society--and looks to their impact on and role in the future. His ability to pack an exciting read with such rich content is an unusual talent that makes Contact a modern sci-fi classic.

In December, 1999, a multinational team journeys out to the stars, to the most awesome encounter in human history. Who -- or what -- is out there?

In Cosmos, Carl Sagan explained the universe. In Contact, he predicts its future -- and our own.