Items related to Apollo: The Race to the Moon

Apollo: The Race to the Moon 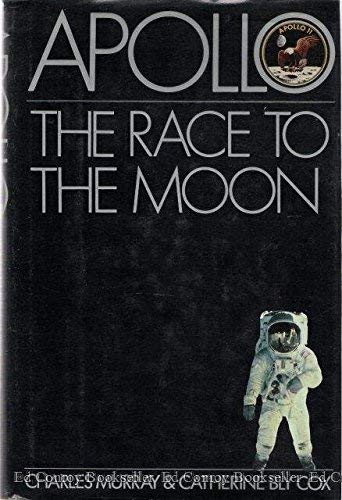 This book tells the story of how a group of unheralded men and women accomplished the extraordinary feat of landing men on the moon and returning them safely to earth. Based on extensive interviews this book tells in rich, human and scientific deal how this dream was realized in less than ten years.

"I believe that this nation should commit itself to achieving the goal, before this decade is out, of landing a man on the moon," said President Kennedy on May 25, 1961. Eight years and eight weeks later, astronaut Neil Armstrong took his "one small step for man, one giant step for mankind." Murray ( Losing Ground ) and Cox, his wife, tell the absorbing story of how that goal was reached, mostly from the point of view of the managers and scientists who made it happen. They trace the design and development of successive spacecraft and boosters, explain how liquid-fueled rocket engines, guidance systems and other components work, and reveal the managerial controversies and technical improvisations that enabled the program to proceed despite serious setbacks. The setbacks are covered in depth; for example, the 1967 ground-test fire in which Gus Grissom and two other astronauts were asphyxiated, and the crisis during Apollo 13's return from the moon when there was a possibility that the astronauts in the space capsule might orbit the earth forever, "a perpetual monument to the space program." Photos. Macmillan Book Clubs alternate.
Copyright 1989 Reed Business Information, Inc.

1. Apollo: The Race to the Moon

2. Apollo: The Race to the Moon

3. Apollo: The Race to the Moon