Items related to Streets of Laredo 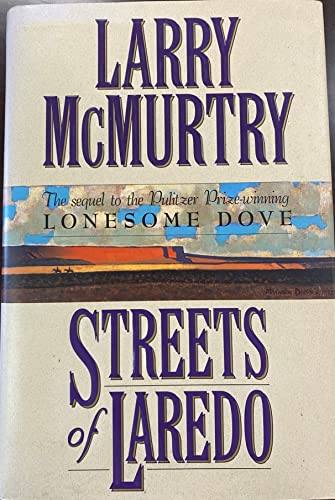 McMurtry has published 21 novels (the best-known listed above). He also operates antiquarian bookshops in Washington DC, Texas and Arizona.

If you combine McMurtry's listenable style, a compelling storyline about the search for an evil young bandit, and sometimes terrifying characters--the result is eminently suitable for audio. Several characters have aged considerably since we last saw them in Lonesome Dove, and narrator Daniel von Bargen reflects the passage of time by using the voice of an elderly man. His unhurried, plain-speaking delivery is consistent with the Texas and Mexican settings of the story. His skillful interpretation of Spanish and American accents is flawless; his differentiation of characters is sensitive and consistent. While somewhat violent, this program is superbly produced. S.K. An AUDIOFILE Earphones Award winner (c)AudioFile, Portland, Maine