Items related to The Stranger 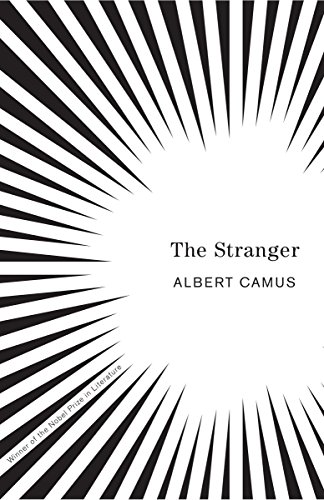 Through the story of an ordinary man unwittingly drawn into a senseless murder on an Algerian beach, Camus explored what he termed "the nakedness of man faced with the absurd." First published in 1946; now in a new translation by Matthew Ward.

The Stranger is not merely one of the most widely read novels of the 20th century, but one of the books likely to outlive it. Written in 1946, Camus's compelling and troubling tale of a disaffected, apparently amoral young man has earned a durable popularity (and remains a staple of U.S. high school literature courses) in part because it reveals so vividly the anxieties of its time. Alienation, the fear of anonymity, spiritual doubt--all could have been given a purely modern inflection in the hands of a lesser talent than Camus, who won the Nobel Prize in 1957 and was noted for his existentialist aesthetic. The remarkable trick of The Stranger, however, is that it's not mired in period philosophy.

The plot is simple. A young Algerian, Meursault, afflicted with a sort of aimless inertia, becomes embroiled in the petty intrigues of a local pimp and, somewhat inexplicably, ends up killing a man. Once he's imprisoned and eventually brought to trial, his crime, it becomes apparent, is not so much the arguably defensible murder he has committed as it is his deficient character. The trial's proceedings are absurd, a parsing of incidental trivialities--that Meursault, for instance, seemed unmoved by his own mother's death and then attended a comic movie the evening after her funeral are two ostensibly damning facts--so that the eventual sentence the jury issues is both ridiculous and inevitable.

Meursault remains a cipher nearly to the story's end--dispassionate, clinical, disengaged from his own emotions. "She wanted to know if I loved her," he says of his girlfriend. "I answered the same way I had the last time, that it didn't mean anything but that I probably didn't." There's a latent ominousness in such observations, a sense that devotion is nothing more than self-delusion. It's undoubtedly true that Meursault exhibits an extreme of resignation; however, his confrontation with "the gentle indifference of the world" remains as compelling as it was when Camus first recounted it. --Ben Guterson

Born in Algeria in 1913, Albert Camus published The Stranger–now one of the most widely read novels of this century–in 1942. Celebrated in intellectual circles, Camus was awarded the Nobel Prize for Literature in 1957. On January 4, 1960, he was killed in a car accident.

The Stranger (Paperback or Softback)

Book Description Paperback. Condition: New. Reissue. Language: English. Brand new Book. With the intrigue of a psychological thriller, The Stranger--Camus's masterpiece--gives us the story of an ordinary man unwittingly drawn into a senseless murder on an Algerian beach. With an Introduction by Peter Dunwoodie; translated by Matthew Ward. Behind the subterfuge, Camus explores what he termed the nakedness of man faced with the absurd and describes the condition of reckless alienation and spiritual exhaustion that characterized so much of twentieth-century life. "The Stranger is a strikingly modern text and Matthew Ward's translation will enable readers to appreciate why Camus's stoical anti-hero and devious narrator remains one of the key expressions of a postwar Western malaise, and one of the cleverest exponents of a literature of ambiguity." -from the Introduction by Peter Dunwoodie First published in 1946; now in translation by Matthew Ward. Seller Inventory # ABZ9780679720201