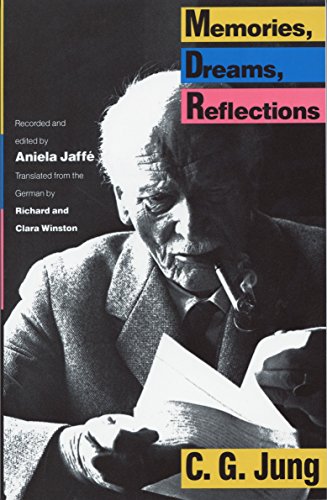 An eye-opening biography of one of the most influential psychiatrists of the modern age, drawing from his lectures, conversations, and own writings.

In the spring of 1957, when he was eighty-one years old, Carl Gustav Jung undertook the telling of his life story. Memories, Dreams, Reflections is that book, composed of conversations with his colleague and friend Aniela Jaffé, as well as chapters written in his own hand, and other materials. Jung continued to work on the final stages of the manuscript until shortly before his death on June 6, 1961, making this a uniquely comprehensive reflection on a remarkable life. Fully corrected, this edition also includes Jung's VII Sermones ad Mortuos.

aphy put together from conversations, writings and lectures with Jung's cooperation, at the end of his life.

Carl Gustav Jung was one of the great pioneers of modern psychiatry. He was born in 1865 in Switzerland, where he studied medicine and psychiatry and later became one of Sigmund Freud’s early supporters and collaborators. Eventually, serious theoretical disagreements (among them Jung’s view of the religious instinct in man) led to a doctrinal and personal break between the two famed psychiatrists. Dr. Jung was the author of many books, and he lived and practiced for many years in his native Zurich. He died in 1961.