Items related to Death Comes for the Archbishop (Vintage Classics) 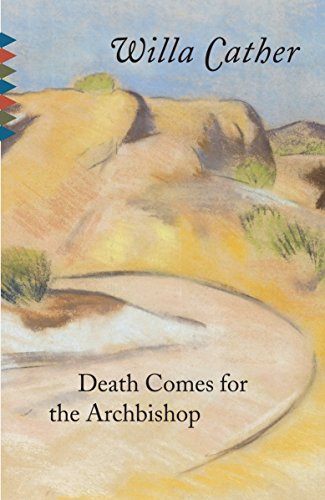 Willa Cather's best known novel is an epic--almost mythic--story of a single human life lived simply in the silence of the southwestern desert. In 1851 Father Jean Marie Latour comes to serve as the Apostolic Vicar to New Mexico. What he finds is a vast territory of red hills and tortuous arroyos, American by law but Mexican and Indian in custom and belief. In the almost forty years that follow, Latour spreads his faith in the only way he knows--gently, all the while contending with an unforgiving landscape, derelict and sometimes openly rebellious priests, and his own loneliness. Out of these events, Cather gives us an indelible vision of life unfolding in a place where time itself seems suspended.

Death Comes for the Archbishop sprang from Willa Cather's love for the land and cultures of the American Southwest. Published in 1927 to both praise and perplexity, it has since claimed for itself a major place in twentieth-century literature. The narrative follows Bishop Jean Latour and Father Joseph Vaillant, friends since their childhood in France, as they organize the new Roman Catholic diocese of Santa Fe subsequent to the Mexican War. While seeking to revive the church and build a cathedral in the desert, the clerics, like their historical prototypes, Bishop Jean Laury and Father Joseph Machebeuf, face religious corruption, natural adversity, and the loneliness of living in a strange and unforgiving land. The historical essay traces the artistic and spiritual development that led to its writing. The broad-ranging explanatory notes illuminate the elements of French, Mexican, Hispanic, and Native American cultures that meet in the course of the narrative, they also explain the part played by the land and its people - their history, religion, art, and languages.

Willa Cather's best known novel; a narrative that recounts a life lived simply in the silence of the southwestern desert.

Death Comes for the Archbishop

Death Comes for the Archbishop (Paperback or Softback)