Items related to An Anthropologist On Mars: Seven Paradoxical Tales 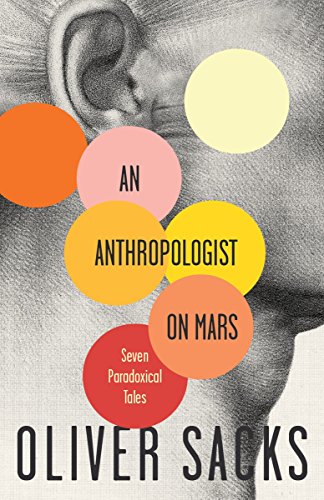 To these seven narratives of neurological disorder Dr. Sacks brings the same humanity, poetic observation, and infectious sense of wonder that are apparent in his bestsellers Awakenings and The Man Who Mistook His Wife for a Hat. These men, women, and one extraordinary child emerge as brilliantly adaptive personalities, whose conditions have not so much debilitated them as ushered them into another reality.

The works of neurologist Oliver Sacks have a special place in the swarm of mind-brain studies. He has done as much as anyone to make nonspecialists aware of how much diversity gets lumped under the heading of "the human mind."

The stories in An Anthropologist on Mars are medical case reports not unlike the classic tales of Berton Roueché in The Medical Detectives. Sacks's stories are of "differently brained" people, and they have the intrinsic human interest that spurred his book Awakenings to be re-created as a Robin Williams movie.

The title story in Anthropologist is that of autistic Temple Grandin, whose own book Thinking in Pictures gives her version of how she feels--as unlike other humans as a cow or a Martian. The other minds Sacks describes are equally remarkable: a surgeon with Tourette's syndrome, a painter who loses color vision, a blind man given the ambiguous gift of sight, artists with memories that overwhelm "real life," the autistic artist Stephen Wiltshire, and a man with memory damage for whom it is always 1968.

Oliver Sacks is the Carl Sagan or Stephen Jay Gould of his field; his books are true classics of medical writing, of the breadth of human mentality, and of the inner lives of the disabled. --Mary Ellen Curtin

Oliver Sacks was a neurologist, writer, and professor of medicine. Born in London in 1933, he moved to New York City in 1965, where he launched his medical career and began writing case studies of his patients. Called the “poet laureate of medicine” by The New York Times, Sacks is the author of thirteen books, including The Man Who Mistook His Wife for a Hat, Musicophilia, and Awakenings, which inspired an Oscar-nominated film and a play by Harold Pinter. He was the recipient of many awards and honorary degrees, and was made a Commander of the British Empire in 2008 for services to medicine. He died in 2015.