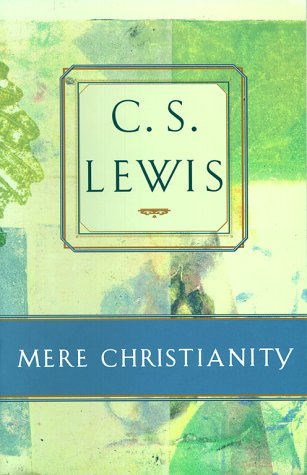 In 1943 Great Britain, when hope and the moral fabric of society were threatened by the relentless inhumanity of global war, an Oxford don was invited to give a series of radio lectures addressing the central issues of Christianity. Over half a century after the original lectures, the topic retains it urgency. Expanded into book form, Mere Christianity never flinches as it sets out a rational basis for Christianity and builds an edifice of compassionate morality atop this foundation. As Mr. Lewis clearly demonstrates, Christianity is not a religion of flitting angels and blind faith, but of free will, an innate sense of justice and the grace of God.

In 1941 England, when all hope was threatened by the inhumanity of war, C. S. Lewis was invited to give a series of radio lectures addressing the central issues of Christianity. More than half a century later, these talks continue to retain their poignancy. First heard as informal radio broadcasts on the BBC, the lectures were published as three books and subsequently combined as Mere Christianity. C. S. Lewis proves that "at the center of each there is something, or a Someone, who against all divergences of belief, all differences of temperament, all memories of mutual persecution, speaks with the same voice," rejecting the boundaries that divide Christianity's many denominations. This twentieth century masterpiece provides an unequaled opportunity for believers and nonbelievers alike to hear a powerful, rational case for the Christian faith.

With a new foreword by Lewis's stepson, Douglas Gresham, this illustrated gift edition evokes the historic time and place of the book's creation.