Items related to The Complete Short Stories of Ernest Hemingway: The... 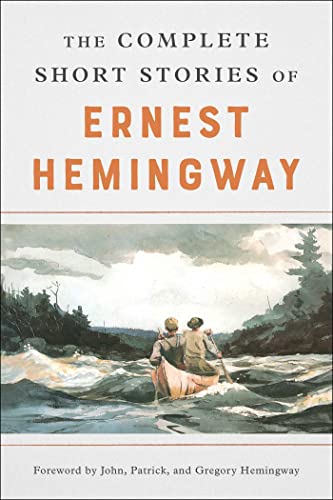 THE ONLY COMPLETE COLLECTION BY THE NOBEL PRIZE-WINNING AUTHOR
In this definitive collection of Ernest Hemingway's short stories, readers will delight in the author's most beloved classics such as "The Snows of Kilimanjaro," "Hills Like White Elephants," and "A Clean, Well-Lighted Place," and will discover seven new tales published for the first time in this collection. For Hemingway fans The Complete Short Stories is an invaluable treasury.

Ernest Hemingway did more to influence the style of English prose than any other writer of his time. Publication of The Sun Also Rises and A Farewell to Arms immediately established him as one of the greatest literary lights of the 20th century. His classic novella The Old Man and the Sea won the Pulitzer Prize in 1953. Hemingway was awarded the Nobel Prize for Literature in 1954. He died in 1961.

The Complete Short Stories of Ernest Hemingway (Paperback or Softback)