Items related to Fluoride: Drinking Ourselves to Death

Fluoride: Drinking Ourselves to Death 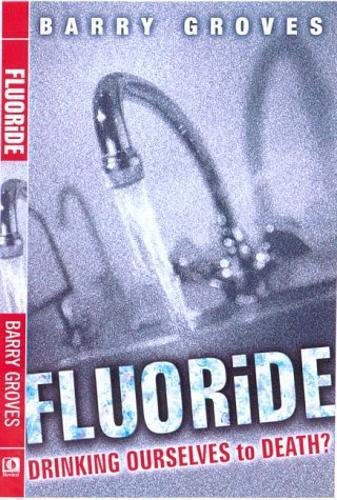 Fluoridation of water has been used for the prevention of tooth decay for over fifty years. During this time little research has been done to ascertain whether it works. The chemicals used are classified as toxic industrial waste, yet no study has ever been conducted into their safety for human consumption. At the same time, research has uncovered serious side effects including deaths, cancer, skeletal fluorosis, osteoporosis, dementia, lowered IQ, kidney damage and even increased dental decay. Strongly opposed throughout the world, water fluoridation is far less widely accepted than its proponents would have us believe. Only two percent of the people of Western Europe have their water fluoridated - almost all of them within Britain and Ireland. Despite all this, the dental organizations lobby governments to compel everyone to ingest fluoride, whether they want it or not and without regard to possible harm. The vast majority of dentists maintain that fluoride is not debatable. However Barry Groves has assembled evidence to refute every single argument made by the dental establishment in favour of fluoridation. His book is particularly timely as the issue of fluoridation enters the political area once again in both Britain and Ireland. The debate will be vigorous and this book will be at its centre.

After twenty-seven years as an electronic engineer in the RAF, the late Barry Groves began research into the role of diet in modern diseases. This research led to the publication of several books including The Calorie Fallacy and the international bestseller Eat Fat, Get Thin. In 2002 he won the Sophie Coe Prize at the Oxford Symposium on Food History and was awarded a doctorate in nutritional science from Trinity College and University, USA, for his fluoride work. He was a founder member of the Fluoride Action Network, a director of the Foundation for Thymic Cancer Research and a founder member of The International Network of Cholesterol Sceptics. Groves also wrote about dietary and health matters for several health-related magazines as well as the Weekend Financial Times and The Oxford Times.

'Fluoridation is the greatest case of scientific fraud of this century, if not of all time.' Dr Robert Carton, formerly US Environmental Protection Agency; 'Must be regarded as essential reading...informative and thought-provoking.' Dr Vyvyan Howard, Toxico-Pathologist, University of Liverpool

1. Fluoride: Drinking Ourselves to Death

2. Fluoride: Drinking Ourselves to Death

3. Fluoride: Drinking Ourselves to Death