Items related to The Sun Also Rises: The Authorized Edition 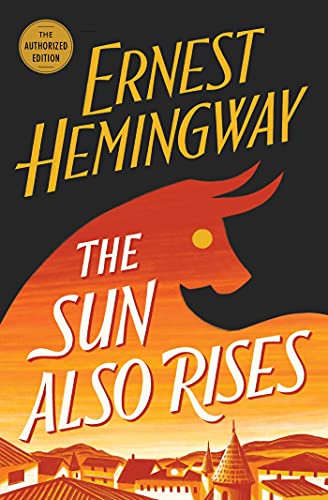 The quintessential novel of the Lost Generation, The Sun Also Rises is one of Ernest Hemingway's masterpieces and a classic example of his spare but powerful writing style. A poignant look at the disillusionment and angst of the post-World War I generation, the novel introduces two of Hemingway's most unforgettable characters: Jake Barnes and Lady Brett Ashley. The story follows the flamboyant Brett and the hapless Jake as they journey from the wild nightlife of 1920s Paris to the brutal bullfighting rings of Spain with a motley group of expatriates. It is an age of moral bankruptcy, spiritual dissolution, unrealized love, and vanishing illusions. First published in 1926, The Sun Also Rises helped to establish Hemingway as one of the greatest writers of the twentieth century.

The Sun Also Rises first appeared in 1926, and yet it's as fresh and clean and fine as it ever was, maybe finer. Hemingway's famously plain declarative sentences linger in the mind like poetry: "Brett was damned good-looking. She wore a slipover jersey sweater and a tweed skirt, and her hair was brushed back like a boy's. She started all that." His cast of thirtysomething dissolute expatriates--Brett and her drunken fiancé, Mike Campbell, the unhappy Princeton Jewish boxer Robert Cohn, the sardonic novelist Bill Gorton--are as familiar as the "cool crowd" we all once knew. No wonder this quintessential lost-generation novel has inspired several generations of imitators, in style as well as lifestyle.

Jake Barnes, Hemingway's narrator with a mysterious war wound that has left him sexually incapable, is the heart and soul of the book. Brett, the beautiful, doomed English woman he adores, provides the glamour of natural chic and sexual unattainability. Alcohol and post-World War I anomie fuel the plot: weary of drinking and dancing in Paris cafés, the expatriate gang decamps for the Spanish town of Pamplona for the "wonderful nightmare" of a week-long fiesta. Brett, with fiancé and ex-lover Cohn in tow, breaks hearts all around until she falls, briefly, for the handsome teenage bullfighter Pedro Romero. "My God! he's a lovely boy," she tells Jake. "And how I would love to see him get into those clothes. He must use a shoe-horn." Whereupon the party disbands.

But what's most shocking about the book is its lean, adjective-free style. The Sun Also Rises is Hemingway's masterpiece--one of them, anyway--and no matter how many times you've read it or how you feel about the manners and morals of the characters, you won't be able to resist its spell. This is a classic that really does live up to its reputation. --David Laskin