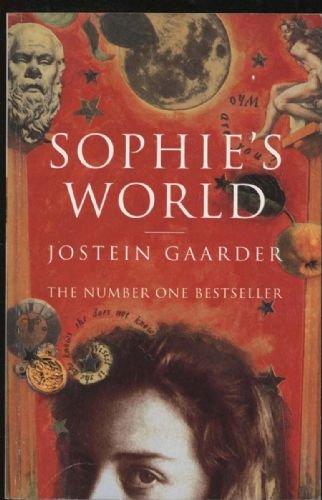 This elegant CD-ROM will take you on an interactive journey through the history of Western philosophy, from its beginnings in ancient astronomy and myth up to twentieth-century existentialism. The philosophical adventure is built around a series of exchanges between a naturally curious young girl and her anonymous teacher, in which the user must participate. The pedagogical value of this interaction is complimented by the CD-ROM's Reference Band, a philosophical map providing eight film summaries of particular historical epochs and 28 text summaries of the work of major philosophers. The CD-ROM is available on its own, or can be combined with the #1 international bestselling novel, Sophie's World, by Jostein Gaarder--an excellent and affordable combination for introductory classes.

Wanting to understand the most fundamental questions of the universe isn't the province of ivory-tower intellectuals alone, as this book's enormous popularity has demonstrated. A young girl, Sophie, becomes embroiled in a discussion of philosophy with a faceless correspondent. At the same time, she must unravel a mystery involving another young girl, Hilde, by using everything she's learning. The truth is far more complicated than she could ever have imagined.

Jostein Gaarder was born in Oslo, Norway, in 1952. He taught high-school philosophy for several years before publishing a collection of short stories in 1986 and, shortly thereafter, his first two novels, The Solitaire Mystery and Sophie’s World, and several others since then. He lives in Oslo with his family.

Shipping: US$ 6.76
From United Kingdom to U.S.A.
Destination, rates & speeds