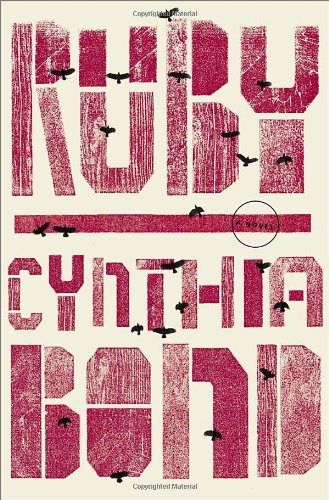 A New York Times bestseller and Oprah Book Club 2.0 selection, the epic, unforgettable story of a man determined to protect the woman he loves from the town desperate to destroy her. This beautiful and devastating debut heralds the arrival of a major new voice in fiction.

Ephram Jennings has never forgotten the beautiful girl with the long braids running through the piney woods of Liberty, their small East Texas town. Young Ruby Bell, “the kind of pretty it hurt to look at,” has suffered beyond imagining, so as soon as she can, she flees suffocating Liberty for the bright pull of 1950s New York. Ruby quickly winds her way into the ripe center of the city—the darkened piano bars and hidden alleyways of the Village—all the while hoping for a glimpse of the red hair and green eyes of her mother.

When a telegram from her cousin forces her to return home, thirty-year-old Ruby finds herself reliving the devastating violence of her girlhood. With the terrifying realization that she might not be strong enough to fight her way back out again, Ruby struggles to survive her memories of the town’s dark past. Meanwhile, Ephram must choose between loyalty to the sister who raised him and the chance for a life with the woman he has loved since he was a boy.

Full of life, exquisitely written, and suffused with the pastoral beauty of the rural South, Ruby is a transcendent novel of passion and courage. This wondrous page-turner rushes through the red dust and gossip of Main Street, to the pit fire where men swill bootleg outside Bloom’s Juke, to Celia Jennings’s kitchen, where a cake is being made, yolk by yolk, that Ephram will use to try to begin again with Ruby.

Utterly transfixing, with unforgettable characters, riveting suspense, and breathtaking, luminous prose, Ruby offers an unflinching portrait of man’s dark acts and the promise of the redemptive power of love.

Ruby was a finalist for the PEN America Robert Bingham Debut Novel Award, a Barnes & Noble Discover Great New Writers selection, and an Indie Next Pick.

There are elements of Ruby—locations, characters, stories—that have come from real life. It’s a bit like a pot of gumbo. There are moments, spices, that have been stirred in slowly—from my life and from the stories of others.

Some of my first memories are listening to my mother tell stories about her childhood home, a small, all-black East Texas town. A stunningly beautiful and nationally recognized academician today, my mother grew up on a little farm in the piney woods. She has a collection of tiny scars on her body that illustrate her journey…stepping on a rusty nail and having to wear a slab of salt pork wrapped around her foot for an entire summer. The elbow where a teacup was hurled at her as she bolted out of a door. As children, my sister and I would point to each of these scars, these “chapters” in her young life. In many ways, this is how Ruby began.

As my sister and I grew older, my mother shared more of her story. Of her beloved sister being murdered by the Sheriff and his deputies, of so many other siblings who, because of their skin color and the dehumanization of racism, made the decision to flee up North and pass for white. My mother told us tales of being picked on for being “yellow,” having light skin and straight hair. She told us how, for survival, she learned to fight to protect herself. How she became legendary, beating boys and girls three times her size. Maggie, in my novel, is this part of my mother’s life.

More than anything, my sister and I grew to love our grandfather, Mr. James Marshall, the son of a slave master and a slave, who has become Mr. Bell in the novel. Mr. Marshall who was so light in complexion, whose eyes were so blue and hair so blond, that he was mistaken for white. However, he always corrected the misconception. When stepping onto a bus, and being told by the driver that he did not have to go to the back of the bus my grandfather would turn around and say, “No sir, I’m colored.”

My own history of abuse informed this novel, as well. I joined a support group very early on in my recovery and met an amazing woman who had survived the unthinkable. She had lived through some of the things that I write about in Ruby. Then, in completely disconnected instances, I heard similar stories from women who had never met my friend, sharing the same details, the exact same experiences. Somewhere along the way, working with at risk and homeless youth in Los Angeles for 15 years, living with my own abuse, and hearing stories of such pain and torment, I thought—If you can bear to have lived it, I can at least bear to listen. Ephram Jennings says that in some form to Ruby later in the novel. I asked that of myself while working on this book.

I read books about conjure and ancient spiritual beliefs, about both healing and destructive magic in the Deep South and throughout America in both white and black communities. I have, as a writer, taken the facts I have gathered and woven them together—images, and voices, with the ephemeral thread of fiction. I had already written scenes, snippets of a short story entitled Ruby, and these images were already sifting through my mind, my heart and my fingers. They had taken hold.

CYNTHIA BOND has taught writing to homeless and at-risk youth throughout Los Angeles for more than fifteen years. She attended Northwestern University’s Medill School of Journalism, then moved to New York and attended the American Academy of Dramatic Arts. A PEN/Rosenthal Fellow, Bond founded the Blackbird Writing Collective in 2011. At present, Bond teaches therapeutic writing at Paradigm Malibu Adolescent Treatment Center. A native of East Texas, she lives in Los Angeles with her daughter.