Items related to Bring Up the Bodies

Mantel, Hilary Bring Up the Bodies

Bring Up the Bodies 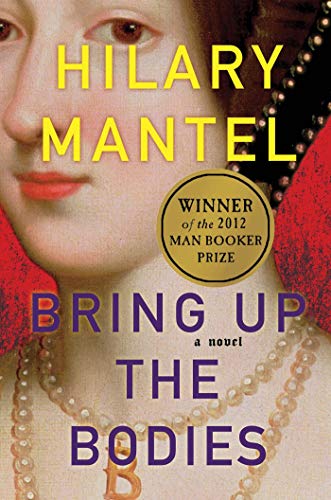 The sequel to Hilary Mantel's 2009 Man Booker Prize winner and New York Times bestseller, Wolf Hall delves into the heart of Tudor history with the downfall of Anne Boleyn

Though he battled for seven years to marry her, Henry is disenchanted with Anne Boleyn. She has failed to give him a son and her sharp intelligence and audacious will alienate his old friends and the noble families of England. When the discarded Katherine dies in exile from the court, Anne stands starkly exposed, the focus of gossip and malice.

At a word from Henry, Thomas Cromwell is ready to bring her down. Over three terrifying weeks, Anne is ensnared in a web of conspiracy, while the demure Jane Seymour stands waiting her turn for the poisoned wedding ring. But Anne and her powerful family will not yield without a ferocious struggle. Hilary Mantel's Bring Up the Bodies follows the dramatic trial of the queen and her suitors for adultery and treason. To defeat the Boleyns, Cromwell must ally with his natural enemies, the papist aristocracy. What price will he pay for Anne's head?

Amazon Exclusive: Hilary Mantel on How She Wrote Bring Up the Bodies

Origins of the Book

Bring Up the Bodies is the second part of my trilogy about Thomas Cromwell, chief minister to Henry VIII. I have been interested in Cromwell for years, and wanted to get beyond the negative portrayal of him in popular history and fiction. He was a ruthless man, certainly, but no more so than other contemporary politicians; and in Henry, a man of violent temper, he had a very demanding employer. As soon as you get back beyond the prejudices about Cromwell, you find a clever, enterprising, resilient and optimistic man, with a story well worth telling. He was at the center of Henry's court for almost ten years, and when you look at events from his point of view, they seem very different from the stories of the Tudor court to which we've grown accustomed.

Originally I thought I would tell the story in just one book. But as I made progress with Wolf Hall, I discovered the richness and depth of the material. I was glad to alter my plans. Now the project will reach a conclusion in The Mirror & The Light, the book that is still ahead of me.

How is it different from Wolf Hall?

Wolf Hall takes in a huge span of time, describing Cromwell's early life, and reaching back into the previous century, to show the forces that shaped England before he was born. The foreground action of the book occupies several years, ending in July 1535, on the day of the execution of Cromwell's political antagonist, Thomas More.

The action of Bring Up The Bodies occupies only nine months, and within that nine months it concentrates on the three weeks in which Henry's second wife, Anne Boleyn, is arrested, tried and executed for treason. So it is a shorter, more concentrated read. There are no diversions once the plot against Anne begins to accelerate, and the tension builds as her death approaches.

It's quite possible to read Bring Up The Bodies without reading Wolf Hall. It makes sense in its own terms. But I think a reader will get a deeper experience by starting with the first book and seeing the characters evolve.


Space: What's on your desk, in your office, on the walls, outside your window? Describe your writing space. Where do you go when you can't write there?

My office is in my apartment on the East Devon coast. Before my desk there is a big window, and beyond that a shingle beach and the sea. On my large pine desk there's just my laptop, my working papers, and my diary, plus a silver dial that tells the time in the world's major cities. I have a mouse mat with the Holbein image of Thomas Cromwell on it; my husband magicked this up from somewhere. I keep my pens and markers in a china pot with a picture of Henry VIII, which came from the National Portrait Gallery in London. On my left there is a whiteboard which I use to plan each chapter as I write, and also to scribble down any fleeting thoughts; if I'm elsewhere in the apartment it's the whiteboard I run to, to catch a phrase I'm afraid might slip away. I can write anywhere, though; I long ago learned to write and polish a paragraph in my head. And I do a lot of work in my notebooks when I'm travelling, shuttling up to London on the train. I write in the car too; in the passenger seat, I should add.

Soundtrack: What/who do you listen to? Why? How? (headphones, computer, radio?)

I can hear the sea. Nothing else is as good as that. Noise doesn't distract me, necessarily, but if I put on music I quickly blank it out.

Most of my work originates in longhand. I like writing by hand but I have 2 sorts of handwriting; one is quite decorative, and the other is as plain as possible and as legible as possible, my note-taking hand which I use when I copy from a document. At a certain stage I rip up my notebooks and shuffle the pages into some sort of order in ring-binders; from those I work straight on to my pc. I’ve been writing on the screen since 1986, at which point I was into my third book. But I'm old enough to remember the toil in the days of typewriters and messy, smudgy carbon copies.

Words: What are you reading? Do you read anyone to prime the pump, so to speak? Or to escape your own writing?

On the whole I prefer not to read fiction when I'm hard at work on my own writing, because I find it difficult to make the commitment a novel requires, to enter into someone els's imaginary world. Instead I devour newspapers and read books on medicine, psychology, social studies. But much of my reading is tied to research for my Cromwell novels. If I get stuck while I'm writing, if my sentences feel arid, then reading poetry sometimes works. It restores some essential sense of rhythm.

Inspiration: Do you do anything to get inspired? Exercise? Walk? Nap? Hobbies?

Two almost infallible methods for me. If I'm stuck part way through developing a scene, I get into the shower. When you are dripping water, that's when the words start to flow: at the moment of maximum inconvenience. For bigger problems, going to sleep is good. Fresh material swims up as I wake.

If everything is out of proportion, if I'm overwhelmed and mentally tired, a walk by the sea helps. I've always wanted to live by the sea and thought it would be good for me, and the last year's work on Bring Up The Bodies seems to have proved it. This time last year, the book was just a few boxes of notes.

Hilary Mantel is the bestselling author of ten previous novels, including Wolf Hall, which sold more than 200,000 copies and won the 2009 Man Booker Prize. Her previous works include her novel, A Place of Greater Safety, and her memoir, Giving Up the Ghost. She lives in England with her husband.

1. Bring Up The Bodies: The Booker Prize Winning Sequel To Wolf Hall

2. Bring up the Bodies

3. Bring Up the Bodies

4. Bring Up the Bodies

5. Bring Up the Bodies

6. Bring Up the Bodies

7. Bring Up the Bodies

8. Bring Up the Bodies

9. Bring Up the Bodies