Items related to Lee's To Kill A Mockingbird (Cliffs Notes) 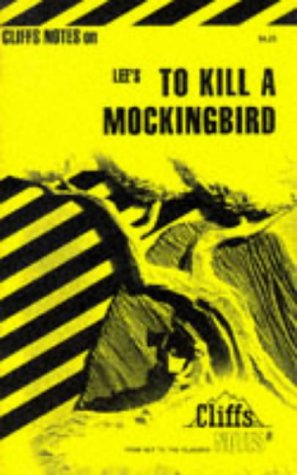 The original CliffsNotes study guides offer expert commentary on major themes, plots, characters, literary devices, and historical background. In CliffsNotes on To Kill a Mockingbird, you explore Harper Lee's literary masterpiece - a novel that deals with Civil Rights and racial bigotry in the segregated southern United States of the 1930s. Told through the eyes of the memorable Scout Finch, the novel tells the story of her father, Atticus, as he hopelessly strives to prove the innocence of a black man accused of raping and beating a white woman. Chapter summaries and commentaries take you through Scout's coming of age journey. Critical essays give you insight into racial relations in the South during the 1930s, as well as a comparison between the novel and its landmark film version. Other features that help you study include: Character analyses Section on the life and background of Harper Lee Review section that tests your knowledge