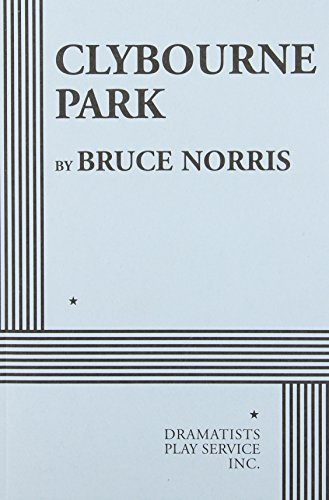 Bruce Norris is a writer and an actor whose Pulitzer Prize– and Olivier Award–winning play Clybourne Park premiered at Playwrights Horizons in January 2010. Other plays include The Infidel, Purple Heart, We All Went Down to Amsterdam, The Pain and the Itch, and The Unmentionables, all of which premiered at Steppenwolf Theatre. Norris is the recipient of the 2009 Steinberg Playwright Award and the Whiting Foundation Prize for Drama. He currently resides in New York.

Clybourne Park
CHARACTERSACT I (1959)ACT II (2009)Note: In the original production, the actor playing Jim and Tom also played the role of Kenneth. In some subsequent productions a separate actor was hired to play the role of Kenneth alone.Copyright © 2011 by Bruce Norris