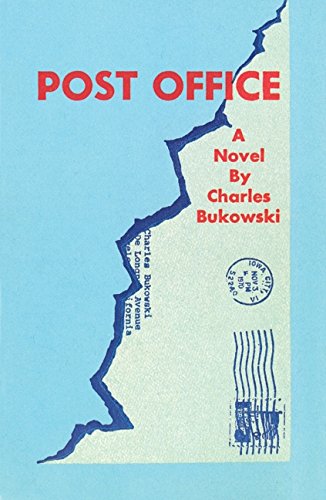 "It began as a mistake." By middle age, Henry Chinaski has lost more than twelve years of his life to the U.S. Postal Service. In a world where his three true, bitter pleasures are women, booze, and racetrack betting, he somehow drags his hangover out of bed every dawn to lug waterlogged mailbags up mud-soaked mountains, outsmart vicious guard dogs, and pray to survive the day-to-day trials of sadistic bosses and certifiable coworkers. This classic 1971 novel—the one that catapulted its author to national fame—is the perfect introduction to the grimly hysterical world of legendary writer, poet, and Dirty Old Man Charles Bukowski and his fictional alter ego, Chinaski.

Charles Bukowsk is one of America's best-known contemporary writers of poetry and prose, and, many would claim, its most influential and imitated poet. He was born in 1920 in Andernach, Germany, to an American soldier father and a German mother, and brought to the United States at the age of three. He was raised in Los Angeles and lived there for fifty years. He published his first story in 1944 when he was twenty-four and began writing poetry at the age of thirty-five. He died in San Pedro, California, on March 9, 1994, at the age of seventy-three, shortly after completing his last novel, Pulp.

"An amazing, hilarious and unfalteringly entertaining account of a man trapped in a kind of Catch 23" Sunday Times "Takes you by the shoulders and shakes you until your teeth rattle" The Times "Cunningly, relentlessly jokey and sad" Observer "One of the funniest books ever written" Uncut "Amazing, hilarious and unfalteringly entertaining" --Sunday Times