Items related to The Wild Iris 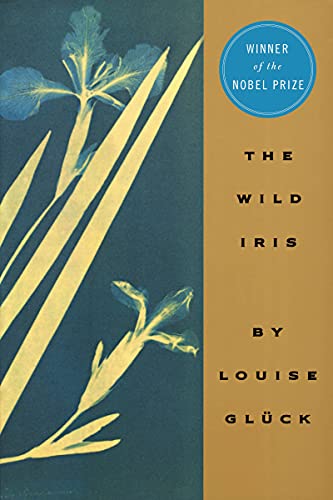 This collection of stunningly beautiful poems encompasses the natural, human, and spiritual realms, and is bound together by the universal themes of time and mortality. With clarity and sureness of craft, Gluck's poetry questions, explores, and finally celebrates the ordeal of being alive.

In an earlier set of poems, The Garden, Gluck retold the myth of Eden; in this sequence it is clear that paradise has been lost, and the poet, Eve-like, struggles to make sense of her place in the universe. For this old and still post-modern theme, Gluck bravely takes the risk of adopting a highly symbolic structure. She uses the conceit of parallel discourses between the flowers of a garden and the gardener (the poet), and between the gardener/poet and an unnamed god. The reader shares the poet's human predicament of being caught between these material and spiritual worlds, each lush and musical, drawing inspiration from both: from the flowers, a hymn to communality; from the god, a universal view of human suffering. The collection was awarded the 1993 Pulitzer Prize for poetry.

Louise Glück won the Pulitzer Prize for The Wild Iris in 1993. The author of eight books of poetry and one collection of essays, Proofs and Theories: Essays on Poetry, she has received the National Book Critics Circle Award for Poetry, the William Carlos Williams Award, and the PEN/Martha Albrand Award for Nonfiction. She was named the next U.S. poet laureate in August 2003. Her most recent book is The Seven Ages. Louise Glück teaches at Williams College and lives in Cambridge, Massachusetts.