Items related to The Far East: A History of Western Impacts and Eastern...

The Far East: A History of Western Impacts and Eastern Responses, 1830-1975 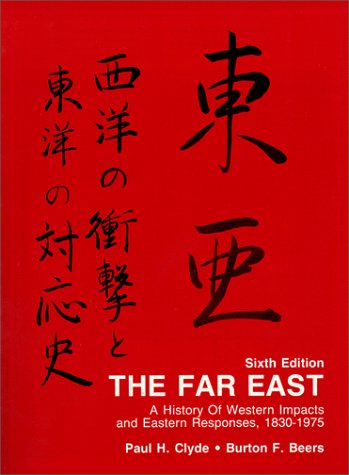 This systematic introduction to the history of East Asia and its meeting with the West during the last 150 years offers a relatively simple introduction to the most fundamental aspects of the historical record. In the past, Americans have regarded East Asia as a distant and exotic region far removed from North American life. After three wars fought partly or wholly in the Pacific and on the Asian continent and recurrent controversies regarding the nation's far eastern policy, Americans have begun to expand their interest and concern in the far east. The meeting of East Asia with the West has been a vast, complex, and often confusing encounter. The authors provide readers with an accurate and undistorted view of the essential historical record from which they can begin to form their own perceptions and more readily pursue an in-depth study.

Book Description Waveland Pr Inc, 1991. Condition: Good. A+ Customer service! Satisfaction Guaranteed! Book is in Used-Good condition. Pages and cover are clean and intact. Used items may not include supplementary materials such as CDs or access codes. May show signs of minor shelf wear and contain limited notes and highlighting. Seller Inventory # 0881336122-2-4

Book Description Waveland Press, 1975. Condition: Good. 6th Edition. Former Library book. Shows some signs of wear, and may have some markings on the inside. Seller Inventory # GRP92858922