Items related to The Bhagavad Gita 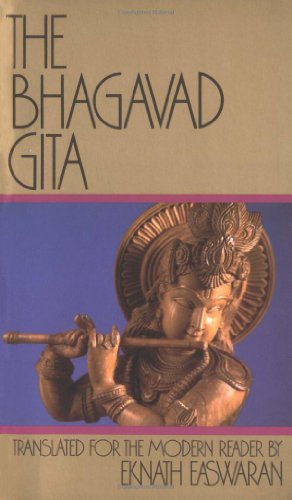 Offers a translation of and introduction to the sixth book of the ancient Indian epic, the Mahabharata

In this translation, the Bhagavad Gita stands out as a book of choices direct, practical, universal. Previously archaic and inaccessible, this ancient scripture is now treated afresh, showing its relevance to our times. The Bhagavad Gita portrays the meeting of man and God. On the morning of battle, facing the forces of greed, anger, and hatred, the legendary prince Arjuna loses his nerve and refuses to fight. His friend Krishna, who represents the Lord within knows better: "Your very nature will drive you to fight." The Gita, according to Easwaran, "distills the loftiest truths of India's ancient wisdom into simple, memorable poetry that haunts the mind and informs the affairs of everyday life."

"No one in modern times is more qualified - no, make that 'as qualified' - to translate the epochal Classics of Indian Spirituality than Eknath Easwaran. And the reason is clear. It is impossible to get to the heart of these classics unless you live them, and he did live them. My admiration of the man and his works is boundless." Huston Smith, author of The World's Religions