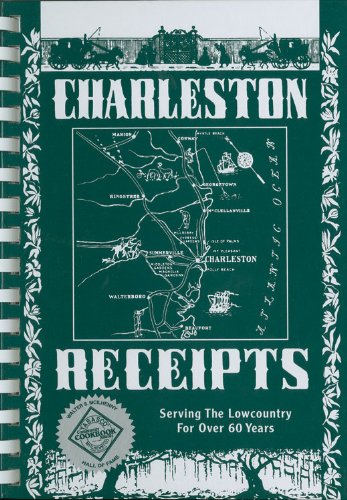 Charleston Receipts was first published in 1950 and is the oldest Junior League cookbook still in print. It contains 750 recipes, Gullah verses, and sketches by Charleston artists. This classic cookbook is a must-have for any collector! Inducted into the McIlhenny Hall of Fame, an award given for book sales that exceed 100,000 copies.

Favorite Recipes Press, an imprint of FRP Books, Inc., has a forty year history connecting Junior Leagues with home cooks by partnering with them to produce cookbooks that showcase their regional cuisines and traditions, tell the stories of their charitable causes and raise money so that their good work can be carried on, even expanded. The results is well over 3 million Junior League cookbooks in circulation and a reputation for tried and true recipes collected by home cooks across the country. Favorite Recipes Press was founded in 1961 by Millard Fuller and Morris Dees, to fund their college educations. Both, later, sold their interests in the company and founded nationally knows not-for-profit organizations. Fuller founded Habitat for Humanity International and Dees founded the Southern Poverty Law Center. One of the nation's best-known and most respected producers of cookbooks, Favorite Recipes Press has produced over 1000 titles working with nonprofit organizations, chefs, resorts, spas, retailers, restaurants and more. Favorite Recipes Press clients' cookbooks have won 100's of awards including, Julia Child Awards, Tabasco Community Cookbook Awards, James Beard Foundation Awards, Writer's Digest Awards, and others.