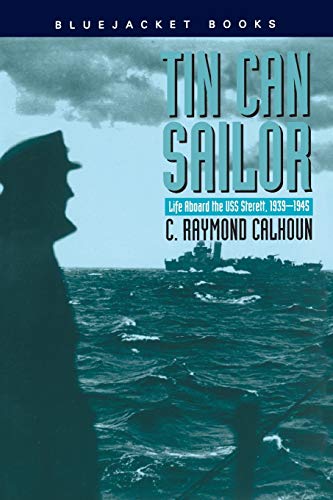 More than eight hundred sailors served aboard the Sterett during her hazardous and demanding duties in World War II. This is the story of those men and their beloved ship, recorded by a junior officer who served on the famous destroyer from her commissioning in 1939 to April 1943, when he was wounded at the Battle of Tulagi. Peppered with the kind of vivid, authentic details that could only be provided by a participant, the book is the saga of a gallant fighting ship that earned a Presidential Unit Citation for her part in the Third Battle of Savo Island, where she took on a battleship, cruiser, and destroyer and was the last to leave the fray. Calhoun's gripping and colorful account tells what it was like to be there during those furiously fought, close-range engagements. When published in hardcover in 1993, the book was widely praised as a good read loaded with rich and interesting details.

After World War II, C. Raymond Calhoun served as executive officer on the flagship of the Atlantic Fleet and had command of the destroyer USS Moale. He also served as deputy chief of staff for U.S. Naval Forces Europe and as director of research at the National War College, where he earned the Legion of Merit.

8. TIN CAN SAILOR: LIFE ABOARD THE

9. TIN CAN SAILOR: LIFE ABOARD THE