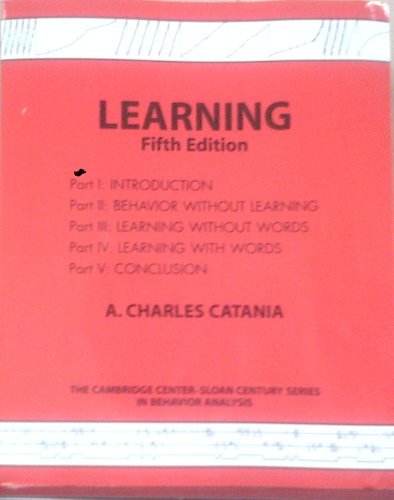 This book surveys major areas in learning from a consistent behavioral point of view. For those who like to think in terms of scientific paradigms and paradigm shifts, this text illustrates a behavioral paradigm that emerged among behavior analysts during the first half of the 20th century.

Book Description Sloan Publishing, 2013. Condition: Good. A+ Customer service! Satisfaction Guaranteed! Book is in Used-Good condition. Pages and cover are clean and intact. Used items may not include supplementary materials such as CDs or access codes. May show signs of minor shelf wear and contain limited notes and highlighting. Seller Inventory # 1597380237-2-4