Items related to The Fire Next Time

James Baldwin The Fire Next Time

The Fire Next Time 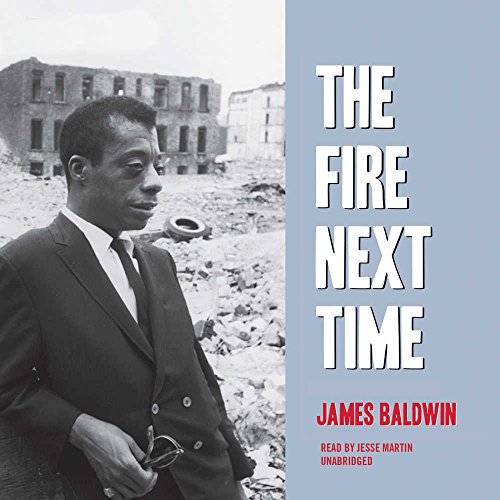 At once a powerful evocation of his early life in Harlem and a disturbing examination of the consequences of racial injustice to both the individual and the body politic, James Baldwin galvanized the nation in the early days of the civil rights movement with his eloquent manifesto. The Fire Next Time stands as one of the essential works of our literature.

It's shocking how little has changed between the races in this country since 1963, when James Baldwin published this coolly impassioned plea to "end the racial nightmare." The Fire Next Time--even the title is beautiful, resonant, and incendiary. "Do I really want to be integrated into a burning house?" Baldwin demands, flicking aside the central race issue of his day and calling instead for full and shared acceptance of the fact that America is and always has been a multiracial society. Without this acceptance, he argues, the nation dooms itself to "sterility and decay" and to eventual destruction at the hands of the oppressed: "The Negroes of this country may never be able to rise to power, but they are very well placed indeed to precipitate chaos and ring down the curtain on the American dream."

Baldwin's seething insights and directives, so disturbing to the white liberals and black moderates of his day, have become the starting point for discussions of American race relations: that debasement and oppression of one people by another is "a recipe for murder"; that "color is not a human or a personal reality; it is a political reality"; that whites can only truly liberate themselves when they liberate blacks, indeed when they "become black" symbolically and spiritually; that blacks and whites "deeply need each other here" in order for America to realize its identity as a nation.

Yet despite its edgy tone and the strong undercurrent of violence, The Fire Next Time is ultimately a hopeful and healing essay. Baldwin ranges far in these hundred pages--from a memoir of his abortive teenage religious awakening in Harlem (an interesting commentary on his first novel Go Tell It on the Mountain) to a disturbing encounter with Nation of Islam founder Elijah Muhammad. But what binds it all together is the eloquence, intimacy, and controlled urgency of the voice. Baldwin clearly paid in sweat and shame for every word in this text. What's incredible is that he managed to keep his cool. --David Laskin

"So eloquent in its passion and so scorching in its candor that it is bound to unsettle any reader."--The Atlantic

3. The Fire Next Time

4. The Fire Next Time

5. The Fire Next Time (Compact Disc)

6. The Fire Next Time

7. The Fire Next Time