Items related to LIFE The Royal Wedding of Prince William and Kate Middleton:... 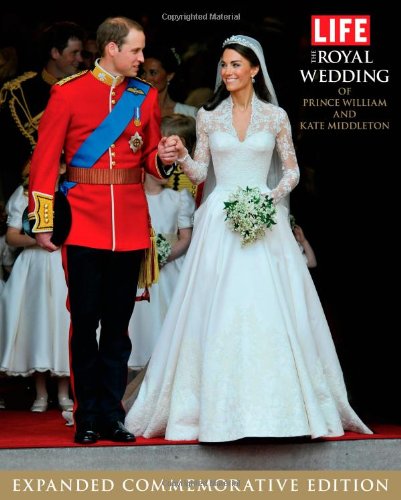 An intimate account of the Royal couple, featuring breathtaking photos from the April 29th Royal Wedding.

LIFE has covered all of the lavish royal weddings since even before Queen Elizabeth II wed in 1947, and of course the magazine documented in splendid, intimate detail the "wedding of the century," that of Prince Charles and Lady Diana, years later. Now LIFE celebrates the royal engagement of Prince William and Kate Middleton.

The editors at LIFE vigorously carry on the traditions of excellence in photography, in journalism, and in telling the story of our country and our world which began with LIFE magazine in 1936 by founding editor and publisher, Henry R. Luce. They have published books on a broad range of subjects, including New York Times bestsellers One Nation, LIFE Picture Puzzle and The American Journey of Barack Obama.

4. LIFE THE ROYAL WEDDING OF PRINCE