Items related to The Human Amygdala 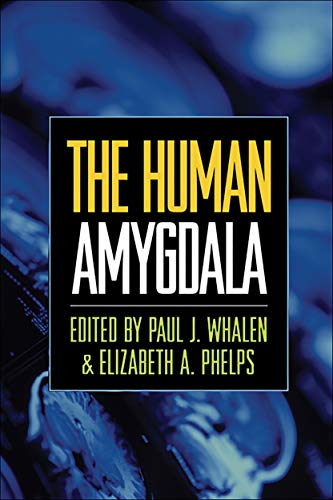 Building on pioneering animal studies, and making use of new, noninvasive techniques for studying the human brain, research on the human amygdala has blossomed in recent years. This comprehensive volume brings together leading authorities to synthesize current knowledge on the amygdala and its role in psychological function and dysfunction. Initial chapters discuss how animal models have paved the way for work with human subjects. Next, the book examines the amygdala's involvement in emotional processing, learning, memory, and social interaction. The final section presents key advances in understanding specific clinical disorders: anxiety disorders, depression, schizophrenia, autism, and Alzheimer's disease. Illustrations include 39 color plates.

Paul J. Whalen, PhD, is a former Professor in the Department of Psychological and Brain Sciences at Dartmouth College.

Elizabeth A. Phelps, PhD, is Silver Professor of Psychology and Neural Science at New York University. Her laboratory has earned widespread acclaim for its groundbreaking research on how the human brain processes emotion, particularly as it relates to learning, memory, and decision making. Dr. Phelps is the recipient of the 21st Century Scientist Award from the James S. McDonnell Foundation and a Fellow of the American Association for the Advancement of Science. She has served on the Board of Directors of the Association for Psychological Science and the Society for Neuroethics, was President of the Society for Neuroeconomics, and is the current Editor of the journal Emotion.

"When discussing the role of the amygdala in the brain, some have said that 'all roads lead to Rome.' This volume sheds new light on the important role that this small, almond-shaped region plays in normal processes--such as fear, positive reinforcement, memory, and social interactions--and in mental disorders. The text is consistently informed by the latest findings from imaging, animal, and genetic work. Any student of the brain and behavior will definitely enjoy this authoritative yet accessible book."--Mark S. George, MD, Distinguished Professor of Psychiatry, Radiology, and Neuroscience, Medical University of South Carolina

"This superbly edited volume captures the exciting progress in understanding the human amygdala that has occurred over the past decade, with the aid of new developments in brain imaging technology and genomics. The book represents one of the first successful attempts to integrate ideas and findings from basic neuroscience with evidence on social and emotional functioning. It will interest a wide audience of researchers and trainees."--Trevor W. Robbins, PhD, FRS, Professor of Cognitive Neuroscience, University of Cambridge, UK

"The field's leading authorities provide state-of-the-art coverage of amygdala function and dysfunction. This well-conceived volume is a tour de force that should be considered essential reading for any neuroscientist interested in behavior and any behavioral scientist interested in brain function. Chapters will be of interest to experts but are also accessible enough for use in advanced seminars and graduate courses."--John T. Cacioppo, PhD, Director, Center for Cognitive and Social Neuroscience, University of Chicago

"This book consists of 18 chapters on various aspects of the amygdala written by leading researchers in the field. This volume is a valuable resource for updating one's knowledge regarding the important role the amygdala and its subdivisions play in normal and abnormal emotional functioning....The book provides the reader with a better understanding of the complexity of the structure of the amygdaloid complex and its many cortical and subcortical connections. It provides the reader with an appreciation for the multiple ways that the amygdala, in health and disease, can affect emotional/behavioral functioning....Because the amygdala plays an important role in various aspects of emotional functioning and because there is now a large and growing body of both animal and human research on amygdala-behavior relationships, 'every neuropsychologist should be a student of the amygdala.' The breadth and depth of the research on the amygdala covered in this book by experts in the field makes it the best current reference on the human amygdala and an excellent way to stimulate thinking about the role emotion plays in human behavior including its effects on everyday cognitive functioning.", Archives of Clinical Neuropsychology Published On: 2009-02-05

Book Description 2008. Hardcover. Condition: New. Hardcover. Building on pioneering animal studies, and making use of new, noninvasive techniques for studying the human brain, research on the human amygdala has blossomed in recent years. This compre.Shipping may be from multiple locations in the US or from the UK, depending on stock availability. 429 pages. 0.794. Seller Inventory # 9781606230336