Carson, Clarence B. The Colonial Experience 1607-1774 (A Basic History of the United States) 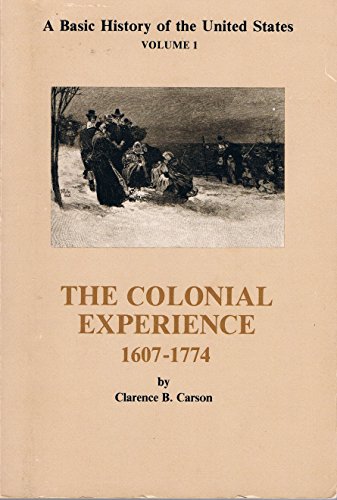 Clarence B. Carson (1925-2003), author and lecturer, recieved a BS in education and an MA in history from Auburn University, as well as a PhD in history from Vanderbilt University. He has served in the US Army, taught at the high school and college levels, and authored ten books and over five hundred articles.

Mary Woods began her career in Washington, DC, where she performed at Ford's Theater, the Folger Theater, Round House, and Washington Stage Guild. She spent several seasons at New Playwrights' Theater developing new American plays. She is a veteran narrator of Talking Books for the Library of Congress, and received the Alexander Scourby Narrator of the Year Award for fiction in 1996. Formerly a radio news director, she now hosts a daily local affairs interview program on Catholic Radio, for the Archdiocese of Santa Fe. She lives in Albuquerque, where she continues to act on stage and in film. She received her BA at the Catholic University of America in Fine Arts and Drama.