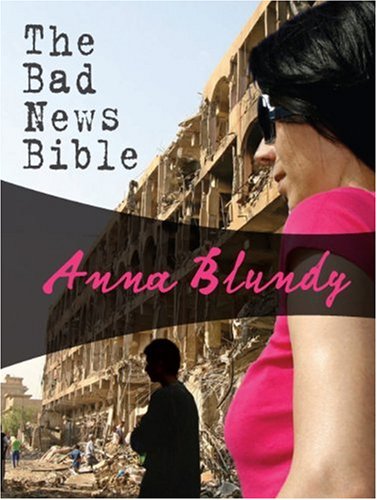 Foreign correspondent Faith Zanetti has her dream job: She lives in swanky overseas hotels, on somebody else?s dime, and she?s in nearly constant danger of being blown up. What?s the appeal? With enough sniper-fire, nobody counts your drinks or your inappropriate one-night stands. And with tomorrow?s newspaper deadline always looming, there?s never time to think about the things you should have done differently. But when Faith?s best friend and favorite drinking pal is murdered, there isn?t enough vodka in Israel to blot out the pain she?s spent a lifetime running from. In fact, there?s only one possible response: Light a cigarette and go after the story.

Anna Blundy is the daughter of David Blundy, a well-known British war correspondent who was killed in 1989 while covering the conflict in El Salvador. She grew up listening to his war stories-and bearing the brunt of his physical and emotional absences. Despite these cautionary lessons, she herself spent years in Russia as a foreign correspondent-an experience that clearly informs The Bad News Bible-before returning to London, where she columns in the Times of London's Sunday magazine became the real-life model for Bridget Jones. Blundy has written five books in the "Faith Zanetti" series, of which The Bad News Bible is the first; St. Martins Press is simultaneously publishing a hardcover edition of the third in the series. Blundy currently lives in Italy with her husband and children.

*Starred Review* It’s odd that there aren’t more foreign-correspondent series leads in crime fiction. The job requires a classic hard-boiled hero—tough talking, cynical to the bone, and capable of ingesting prodigious amounts of booze and cigarettes—and the work entails jumping from one dangerous venue to another, perfect for keeping the story lines fresh. British journalist Faith Zanetti fits the bill perfectly, and though her adventures have been published in the UK for the last several years, they are only beginning to arrive here (see Vodka Neat). In this installment, following adentures in Russia and Colombia, Faith is posted to Jerusalem and happily reconnects with a gang of old pals, comrades-in-khakis, and settles into a comfortable, vodka-fueled routine, searching for a supposed mole in Israeli intelligence. Then her best friend, Shiv, is murdered, and Faith has a new story: tracking down the child-trafficking ring that Shiv was investigating before she died. Both plotlines come together, of course, as Faith tastes the terror of daily life in Jerusalem from both Israeli and Palestinian points of view. Like Matt Beynon Rees, in his wonderful Omar Yussef series, Blundy, a journalist herself, puts a distinctly human face on the headlines while telling a corker of a story. Maybe she relies a little too heavily on genre clichés here—one too many scenes of the gang at the bar—but no self-respecting hard-boiled fan wants to be caught counting drinks. This is a keeper; don’t miss it. --Bill Ott

Book Description Felony & Mayhem, United States, 2008. Paperback. Condition: New. Language: English. Brand new Book. Foreign correspondent Faith Zanetti has her dream job: She lives in swanky overseas hotels, on somebody else's dime, and she's in nearly constant danger of being blown up. What's the appeal? With enough sniper-fire, nobody counts your drinks or your inappropriate one-night stands. And with tomorrow's newspaper deadline always looming, there's never time to think about the things you should have done differently. But when Faith's best friend and favorite drinking pal is murdered, there isn't enough vodka in Israel to blot out the pain she's spent a lifetime running from. In fact, there's only one possible response: Light a cigarette and go after the story. Seller Inventory # BZE9781933397979