Items related to Roll the Dice 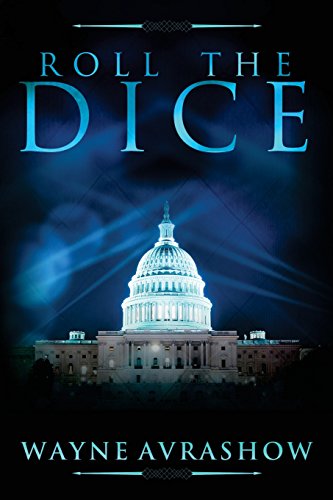 What happens when one of America's biggest rock stars leaves the Las Vegas stage to run for the United State Senate?

The ultimate celebrity candidate, Tyler Sloan is no stranger to politics - his estranged father was a California governor who narrowly lost a Presidential campaign. He runs as a political independent, refuses campaign contributions, and dismisses special interests and lobbyists.

Sloan is caught in a political campaign fraught with; sexual scandal, corruption and conflicting loyalties. Will he be able to navigate through political turbulence and his own past to win the race?

"...hilarious, politically savvy...keenly observant in its depiction of both the public-histrionics of elections and the hard-boiled deal making and arm twisting...layers of complexity in characters and their motives...politics at its corrupt,dysfunctional, inspiring best."   KirkusReviews (winner of "Best of Indie" pre-publication award)

"Avrashow's book is an entertaining reveal of an unconventionalcandidate and campaign and it is filled with drama, hope and conflict," Antonio Villaraigosa, Mayor of Los Angeles2005-2013

"pin-sharp and compelling, with wry humorand real authenticity.  Loved it.  One of My Top 5 Books of the Year (So Far!)" RobertParker, author 'A Wanted Man'

"Hard to put this book down."  DougKriegel, Emmy Award-winning journalist

"An impressively entertaining and carefully crafted novel from cover to cover.  Roll the Dice is extraordinarily and unreservedly recommended." Midwest Book Review

"Roll the Dice is a tremendously compelling read...I definitely could not stop reading this...I feel like this book would make an interesting movie or television mini-series,"It's Either Sadness or Euphoria

"an interesting take on the run for office and what can make or break a candidate." Nancy W., reader/reviewer

"I found myself rooting for Tyler...I hope the author writes a second installment...I found myself wondering 'what now? when I finished," Silvia P.,reader/reviewer