Items related to A Collection of Problems on Complex Analysis

L. I. Volkovyskii; G. L. Lunts; I. G. Aramanovich A Collection of Problems on Complex Analysis

A Collection of Problems on Complex Analysis 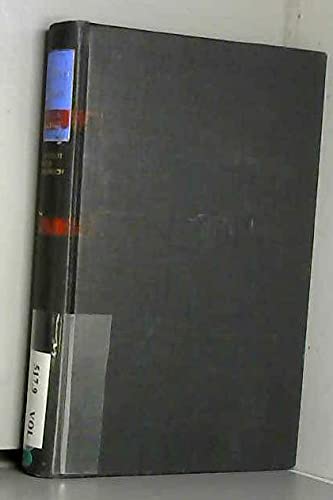 This comprehensive collection contains over 1,500 problems on the theory of functions of the complex variable and covers nearly every branch of classical function theory. It will be of special interest to practicing engineers and researchers in the physical sciences, for considerable attention is given to those problems which illustrate the application of the theory of functions of a complex variable to problems dealing with the mechanics of continuous media and electrical engineering. The problems themselves range in difficulty from elementary to those encountered only in more advanced treatments.
The first four chapters involve complex numbers and functions of a complex variable; conformal mappings connected with elementary functions; supplementary geometrical questions and generalized analytic functions; and integrals and power series.
Chapters V through VIII cover the Launrent series, singularities of single-valued functions, and integral functions; various series of functions, parametric integrals, and infinite products; residues and their applications; integrals of the Cauchy type; and integral functions of Poisson and Schwarz.
The final three chapters discuss analytic continuation, singularities of many-valued character, and Riemann Surfaces; conformal mappings; and applications to mechanic and physics. Answers and solutions are grouped at the end of the text.

1. A Collection of Problems on Complex Analysis (ADIWES Intl. Series)