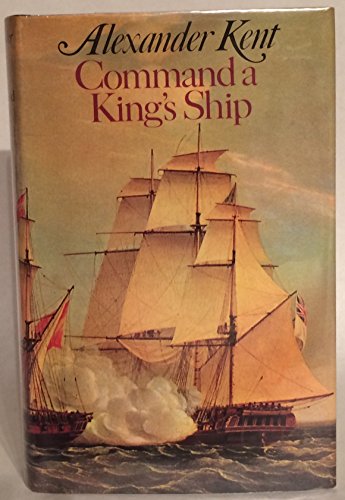 1784: His Majestyâ€™s frigate Undine weighs anchor to begin a voyage to India with her new Captain, Richard Bolitho on a mission to safeguard trade and colonial development in little-known areas of the East Indies.

Douglas Reeman (Alexander Kent) did convoy duty in the Atlantic, the Arctic and the North Sea. He has written over thirty novels under his own name and more than twenty bestselling historical novels featuring Richard Bolitho under the pseudonym Alexander Kent.

After the Revolutionary War, the British Admiralty sends Captain Richard Bolitho, of the Royal Navy, on a dodgy diplomatic voyage from Spithead to India via the Canary Islands. While watering off the western coast of Africa, a slave ship's crew, and later the would-be slaves, attack his ship, the HMS UNDINE, with cannons, cutlasses, and showers of rocks. The tenor-toned, nasal Michael Jayston has a unique manner of speech for each of the characters, even the drunken ones, and he spits out the nautical nomenclature like a seasoned salt. Alexander Kent's novel about late eighteenth-century sailing ships will both entertain and educate. Its rich vocabulary is especially suited to stimulate young adult minds. J.A.H. © AudioFile 2003, Portland, Maine-- Copyright © AudioFile, Portland, Maine