Items related to A Perfect Crime 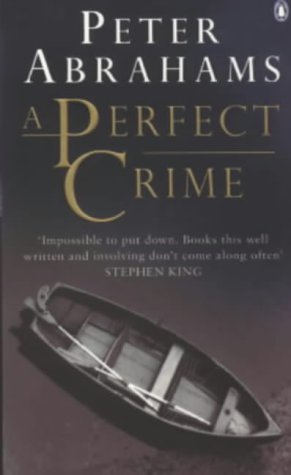 The unfaithful wife. With her no-nonsense business savvy and exquisite eye for acquisition, Francie is a rising star in the Boston art world. But her personal life is about to take a decidedly dark turn. . . The cheating lover. A virile and charismatic radio psychologist, Ned hosts a popular show poised on the brink of syndication. Though married and successful, he has one fatal weakness. . . The loyal friend. Anne, a vulnerable and trusting wife and mother, desperately needs to confide in someone. Unfortunately, some secrets aren't meant to be shared. . . The jealous husband. Exeter, first in his class, Harvard, summa in economics. Now out of work and falling fast, Roger conceives a brilliant, violent plan that could put him back on top. . .

Though he is a very smart man (his IQ is 181, "on a bad day"), Roger Cullingwood is remarkably unperceptive. It takes months for him to realize that his wife Francie is involved with another man. But once he recognizes the affair, he hatches a plot to kill her--the perfect crime of the title--in less time than it takes him to finish the London Times crossword puzzle. It makes perfect sense that Roger wouldn't dream of doing the dirty deed himself; there's a paroled killer conveniently on hand, an easily manipulated psychotic named Whitey Truax. It's when Anne Franklin, the wife of Francie's lover, blunders into the murder scene Roger has so carefully contrived that the novel begins to get interesting. There are a few diversions to entertain the reader en route to the bloody denouement, including a couple of lively tennis matches. In one of the book's many coincidences, Francie ends up partnered with her lover's wife in a championship tournament. The sex is better than the violence, but what Abrahams excels at is pace; you could start and finish A Perfect Crime on the New York to Los Angeles redeye and still have time for a nap before the plane lands. --Jane Adams

Shock is available to us because Abrahams has written more than a crime story here. His prose is elegant by any literary standard, and the other characters in "A Perfect Crime", the nonvillains, whose flaws lie within the ordinary human range, are engaging and fully rounded, especially the women...Abrahams grips us so closely, line by line, making everything hyper-real...in this case the conventions of the genre have packaged not only the expected thrills but the always unexpected bonus: good writing