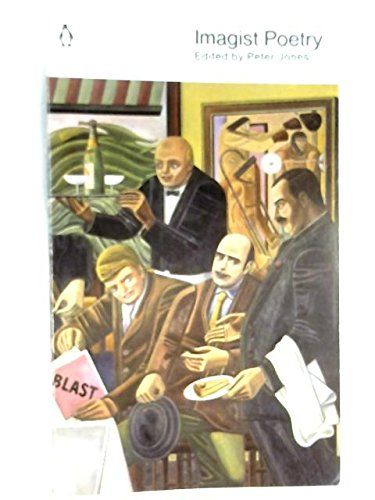 Imagism was a brief, complex yet influential poetic movement of the early 1900s, a time of reaction against late nineteenth-century poetry which Ezra Pound, one of the key imagist poets, described as ‘a doughy mess of third-hand Keats, Wordsworth ... half-melted, lumpy’. In contrast, imagist poetry, although riddled with conflicting definitions, was broadly characterized by brevity, precision, purity of texture and concentration of meaning: as Pound stated, it should ‘use no superfluous word, no adjective, which does not reveal something ... it does not use images as ornaments. The image itself is the speech’. It was this freshness and directness of approach which means that, as Peter Jones says in his invaluable Introduction, ‘imagistic ideas still lie at the centre of our poetic practice’.

Book Description Penguin, 1972. Paperback. Condition: Very Good. The book has been read, but is in excellent condition. Pages are intact and not marred by notes or highlighting. The spine remains undamaged. Seller Inventory # GOR002299934

Book Description Penguin Books, 1972. Condition: Good. This is an ex-library book and may have the usual library/used-book markings inside.This book has soft covers. In good all round condition. Please note the Image in this listing is a stock photo and may not match the covers of the actual item,200grams, ISBN:0140421475. Seller Inventory # 8516713

Shipping: US$ 12.02
From United Kingdom to U.S.A.
Destination, rates & speeds