Items related to Olivia Joules and the Overactive Imagination

Olivia Joules and the Overactive Imagination 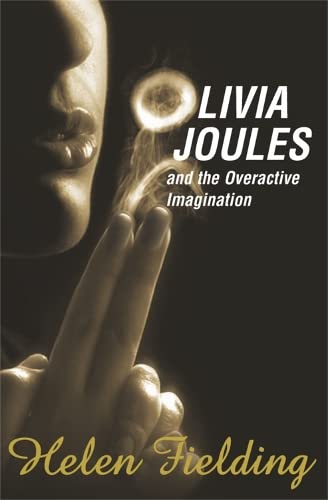 From the white heat of Miami to the implants of LA, the glittering waters of the Caribbean to the deserts of Arabia, Olivia Joules pits herself against the forces of terror armed only with a hatpin, razor sharp wits and a very special underwired bra.

Is it possible that the alluring and powerful Pierre Ferramo, with his impeccable taste and unimaginable wealth, is actually a major terrorist, bent on the western world’s destruction? Or is it all just a product of Olivia Joules’s overactive imagination?

Join Olivia in her heart-stopping and hilarious quest to save the world in this witty, contemporary and utterly unputdownable thriller.

"The problem with you, Olivia, is that you have an overactive imagination."

Barry Wilkinson, foreign editor of the Sunday Times, leaned back in his chair, trying to hold in his paunch, staring over his half-moon glasses at the disgruntled little figure before him, and thinking: And you’re too damned cute.

"What about your story about the cloud of giant, fanged locusts pancaking down on Ethiopia, blotting out the sun?" he said.

Barry sighed heavily. "We sent you all the way out there and all you came up with was two grasshoppers in a polythene bag."

"But there was a locust cloud. It was just that it had flown off to Chad. They were supposed to be roosting. Anyway, I got you the story about the animals starving in the zoo."

"Olivia, it was one warthog—and he looked quite porky to me."

"Well, I would have got you an interview with the fundamentalist women and a cross amputee if you hadn’t made me come back."

"The birth of Posh and Becks’s new baby you were sent to cover live for BSkyB?"

"I certainly didn’t imagine anything there."

"No. But nor did you say anything for the first ten seconds. You stared around like a simpleton, fiddling with your hair live on air, then suddenly yelled, ‘The baby hasn’t been born yet, but it’s all very exciting. Now back to the studio.’"

"That wasn’t my fault. The floor manager didn’t cue me because there was a man trying to get into the shot with ‘I’m a Royal Love Child’ written on his naked paunch."

Wearily, Barry leafed through the pile of press releases on his desk. "Listen, lovey ..."

Olivia quivered. One of these days she would call him lovey and see how he liked it.

"... you’re a good writer, you’re very observant and intuitive and, as I say, extremely imaginative, and we feel on the Sunday Times, in a freelancer, those qualities are better suited to the Style section than the news pages."

"You mean the shallow end rather than the deep end?"

"There’s nothing shallow about style, baby."

Olivia laughed. "I can’t believe you just said that."

"Look," he said, fishing out a press release from a cosmetics company, "if you really want to travel, there’s a celebrity launch in Miami next week for some—perfume?—face cream."

"Fine. If you can get a magazine to split the costs with us, you can go and cover her face cream for Style. How’s that?"

"Okay," said Olivia doubtfully, "but if I find a proper news story out there, can I cover that as well?"

"Of course you can, sweetheart," smirked Barry.

1. Olivia Joules and the Overactive Imagination